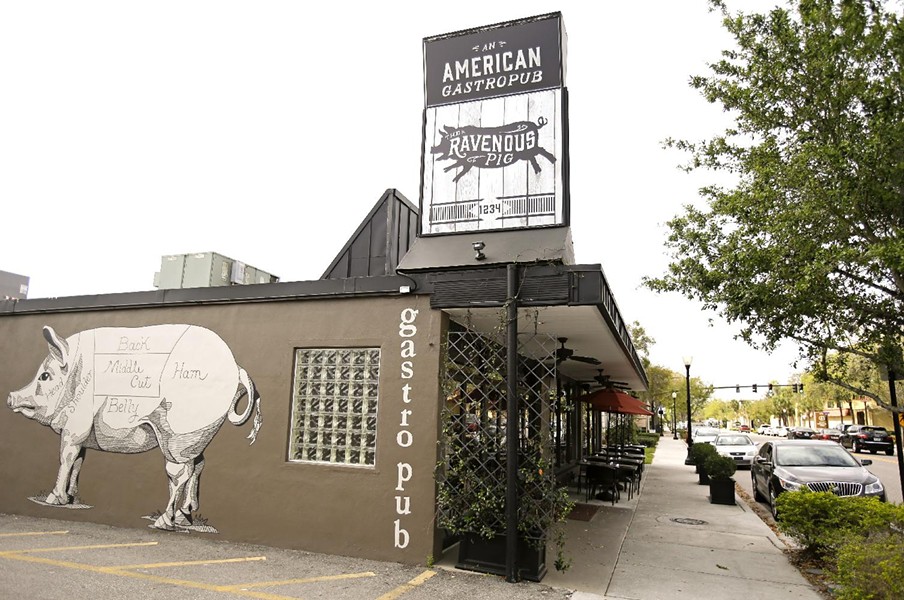 It's hard to believe it's been 10 years since Orlando's very first gastropub, The Ravenous Pig, set up shop on Orange Avenue and stole our hearts forever (and perhaps not shockingly, it's still hard to get a reservation on a Friday or Saturday night).

Since then, James Beard nominations have followed, spin-off sister restaurants Cask & Larder, Swine & Sons and The Polite Pig opened, a couple of killer cookbooks are on shelves, and the restaurant's name is known throughout the country as one of the best in Florida.

This weekend, the Ravenous Pig is celebrating its decade-long run with a "Friends of the Ravenous Pig" dinner on Sunday night, starting with a reception at 5 p.m. The dinner portion of the evening will consist of five paired courses, each prepared by a venerable Who's Who of Orlando chefs: Kathleen Blake (The Rusty Spoon), Kevin Fonzo (former chef-owner at K Restaurant) and Brandon McGlamery (Luma on Park, Prato and Luke's Kitchen & Bar) are all on deck.

Tickets for the event are still available, and go for $175 per person for the evening. Making the deal a little sweeter at a time when you might feel a little guilty for shelling out so much when so many have lost everything in the hurricanes this summer, The Ravenous Pig will donate $50 from each ticket to hurricane relief efforts by the Red Cross.