When Ariel Bui was in Orlando last decade as a Rollins student, she was perhaps known more for her active but behind-the-scenes work in the city’s music community. But it’s nice to see this homegrown, now-Nashville talent return as a feature artist herself, one of both cultivation and achievement.

Bui’s cabaret country is a modern, torchlit abstraction of vintage countrypolitan sounds. Led by her long, suspended voice, the music unfolds like Mazzy Star channeling Patsy Cline. Purposefully minimal, sonorous and full of atmosphere, it’s a vision that dovetails with the luminous class of artists like Angel Olsen.

As a live trio, her band provides her depth without sacrificing her raw resonance. More than just the playing, though, it was a show radiant with personality and heart. From between-song reflections filled with Orlando remembrances, Bui’s appreciation for her local roots was palpable. That, honestly, would’ve been enough to make it an especially intimate night. But just as moving was her getup, which included a Billy Manes shirt and a shaved head in solidarity with her Nashville friend Jessi Zazu, the electrifying frontwoman of Those Darlins whom I saluted in last week’s column as a star that was recently dimmed far too soon by cancer.

Worth noting is that this was the latest local show, not coincidentally held by Tierney Tough’s OYG Presents, to be contributing to the Billy Manes Foundation. And it was a mutually affecting homecoming with a room as glad to have Ariel Bui back as she was to be on her old turf again, this time rightfully in the spotlight.

If you missed it, there are more area opportunities this next week to catch her while she’s home. Locally, there will be a listening party featuring Bui’s traveling multimedia art exhibit on Wednesday (Oct. 11, 7 p.m.) at Park Ave CDs and a solo performance next Saturday at the Gallery at Avalon Island (Oct. 14, 7 p.m.). There are also other shows scheduled in Cocoa (Oct. 13, The Dog and Bone) and Gainesville (Oct. 15, The Atlantic). 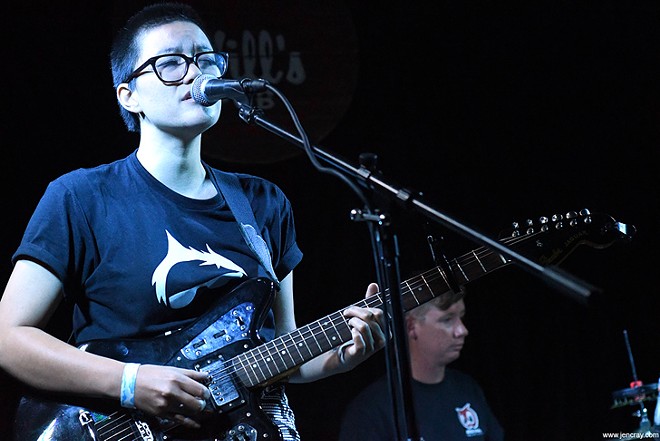 Venue pro tip: If you appreciate both good art and bad taste, ask to see bartender Mary’s growing gallery of hand-drawn penis art portraits of the illustrious Will’s Pub staff behind the bar next time you’re there. You’re welcome.