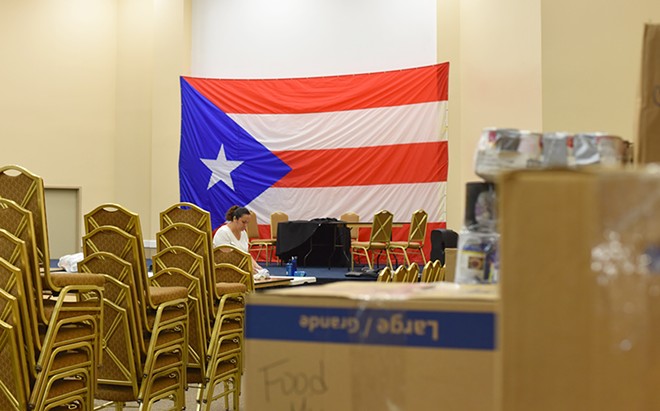 Florida is waiving rules and regulations to let public schools and higher-education institutions admit students from Puerto Rico on an emergency basis, after the island was battered by Hurricane Maria, Gov. Rick Scott announced Friday.

“As Puerto Rican families work to rebuild their lives following the unbelievable devastation caused by Hurricane Maria, we are doing everything we can to help them throughout this process,” Scott said in a statement.

Under his emergency powers, Scott asked the Department of Education to set aside regulations and laws governing the admission of students to the kindergarten-through-high-school system as well as regulations related to allowing Puerto Rican teachers into Florida classrooms.

Among the requirements being waived are the transcripts, health records and age verifications that transfer students would normally need and degree-attainment and subject-mastery documentation for teachers.

“Entire communities were destroyed, and we do not know how long it will take to restore schools and other essential infrastructure,” said state Education Commissioner Pam Stewart, who issued the order. “We are pleased to remove barriers to enrollment and help these students and teachers return to the classroom.”

State officials have not provided an estimate of how many Puerto Rican students and teachers may end up in Florida, although the state is strongly connected to the island, with some 1 million residents claiming ties to Puerto Rico.

“We have a long tradition of welcoming kids from other countries,” Alberto Carvalho, school superintendent in Miami-Dade County, Florida's largest K-12 district, said in a tweet Friday.

Stewart signed another emergency order, making it easier for Puerto Rican students to enroll in Florida's 28 state colleges. All of the colleges have agreed to let the students pay in-state tuition and fees, rather than facing the normal higher out-of-state costs.

“Admission decisions are still to be made by each institution on a case-by-case basis,” Stewart said in her order.

Florida's 12 state universities are expected to also waive out-of-state tuition for any students from Puerto Rico seeking to continue their educations in Florida.

The Board of Governors, which oversees the university system, is preparing a webpage that will provide information to the students seeking to attend state schools, said Brittany Davis, a spokeswoman for the board.

Some law school students from Puerto Rico will be able to enroll in more than a half-dozen Florida public and private law schools, according to the Puerto Rican Bar Association of Florida.

Under an agreement reached between the University of Puerto Rico and the Florida schools, some 51 students were preparing to transfer to Florida schools earlier this week, the lawyers' association said.

The University of South Florida announced it is making arrangements with Ponce Health Sciences University to let about 240 medical students, as well as supporting faculty and staff, finish their fall semester at USF's Morsani College of Medicine.