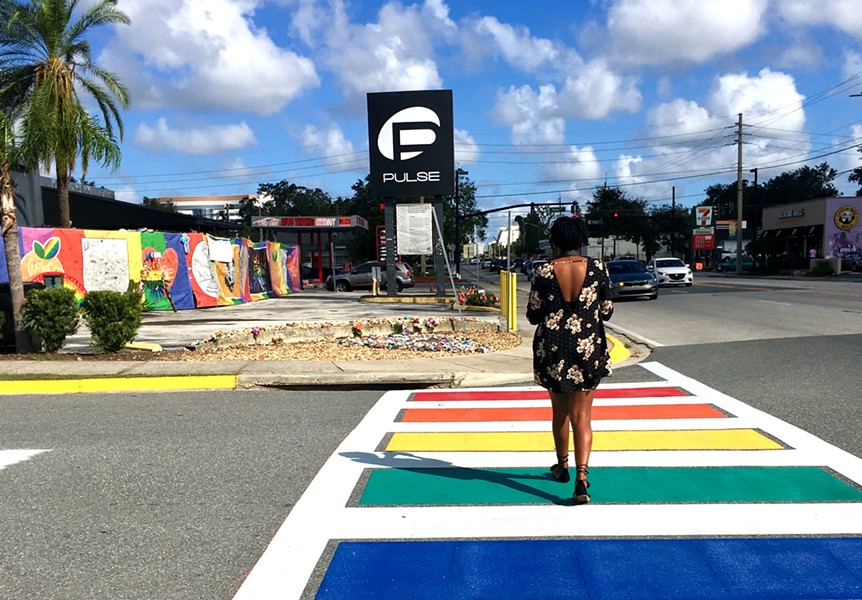 Orlando Mayor Buddy Dyer said the city received an online petition asking the city of Orlando to paint a rainbow crosswalk near Pulse to remember the victims and survivors of the attack. The rainbow crosswalk cost $2,900 and replaces the faded crosswalk that was at West Esther Street and Orange Avenue. City crews finished painting the crosswalk on Wednesday.

Cassandra Lafser, spokesperson for Mayor Dyer’s office, said on Monday that the crosswalk would "include a rainbow color pattern to honor the memory of the 49 lives lost and the lives of those that were forever changed on June 12, 2016."

"This will serve as a symbol of our compassion, love and unity in the Central Florida community," Lafser said in a statement.