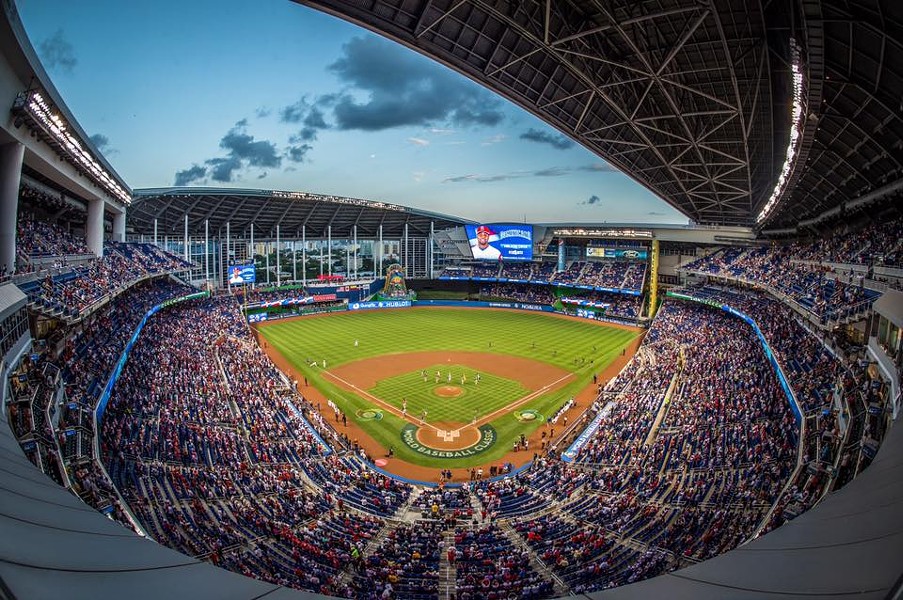 A ban on professional sports franchises building or renovating stadiums on publicly owned land is ready to go to the full Florida House, after speeding through only one committee in advance of the 2018 legislative session.

The House Government Accountability Committee on Tuesday voted 15-6 to approve the measure (HB 13), which would also prohibit the state or local governments from leasing existing facilities to sports franchises below fair market value.

“What this bill aims to do is to try to curtail abuses that have gone on, where cities … are being held hostage,” said Rep. Manny Diaz Jr., a Hialeah Republican and co-sponsor.

Opposition to stadium funding has steadily grown in the Legislature since a 2009 deal by Miami-Dade County to borrow about $400 million through bonds for Marlins Stadium. The deal, according to projections, may come to a cost of more than $2.4 billion when the final payment is due in 2048.

“That team, that owner that just sold, purchased that team for pennies on the dollar —- with a loan from Major League Baseball —- and came down to Miami-Dade County and was able to build a stadium using taxpayer dollars that basically is what created the equity in that team,” Diaz said. “He's walking away probably with you know $700 (million) to $800 million at the cost of the pockets of the taxpayers.”

The House supported a similar bill during the 2017 legislative session. The new bill will go to the House floor in the 2018 session, which starts in January. But again, the proposal's future will depend on the Senate, which has been cool to the measure.

Most bills go through more than one committee before advancing to the House or Senate floors. The fast-tracking of the stadium bill is emblematic of House leaders' opposition to using public dollars for private ventures. House and Senate leaders have clashed on issues such as business incentives and tourism marketing.

Opponents contend the stadium bill may be too broad and infringe on the rights of local governments.

“This Legislature has gone too far in attacking home rule,” said Rep. Jay Fant, a Jacksonville Republican and candidate for attorney general who voted against the bill. “The motivation for that bill was high-profile taxpayer consequences in South Florida. But to then remove virtually all home rule at every county for every level for almost everything you can do, where citizens say how they want to use their taxing authority, is just far too extreme.”

Rep. Kristin Jacobs, D-Coconut Creek, said the proposal could create more of a tax burden on communities if teams exit. She noted upgrades were made at the BB&T Center in Sunrise to help keep the Florida Panthers hockey team when ownership changed hands.

“That facility, without a team, costs the county incredible amounts of money, bonds that have to be paid for the next 10 to 15 years,” Jacobs said.

“If the team leaves, then Broward County residents are having to subsidize a very giant facility that was built for hockey,” Jacobs added. “Concerts and other uses, they don't come close to meeting the debt obligations that the county would face should the team leave.”

A Senate version of the bill (SB 352) has been filed for the 2018 session by Sen. Rene Garcia R-Hialeah. Garcia filed a similar bill in the 2017 session, but it failed to get through committees.

The House bill's primary sponsor, Hialeah Republican Bryan Avila, is in officer training as a specialist with the Florida Army National Guard. Avila has also filed a separate measure (HB 6005) for the 2018 session that would repeal a controversial 2014 law that created a state stadium-funding program.

That program makes available a potential $13 million a year from sales taxes for stadium work. But the House has prevented funding projects the past few years, though the state Department of Economic Opportunity has approved applications submitted for EverBank Field in Jacksonville, Sun Life Stadium in Miami-Dade County, Daytona International Speedway, Raymond James Stadium in Tampa and a soccer stadium in Orlando.