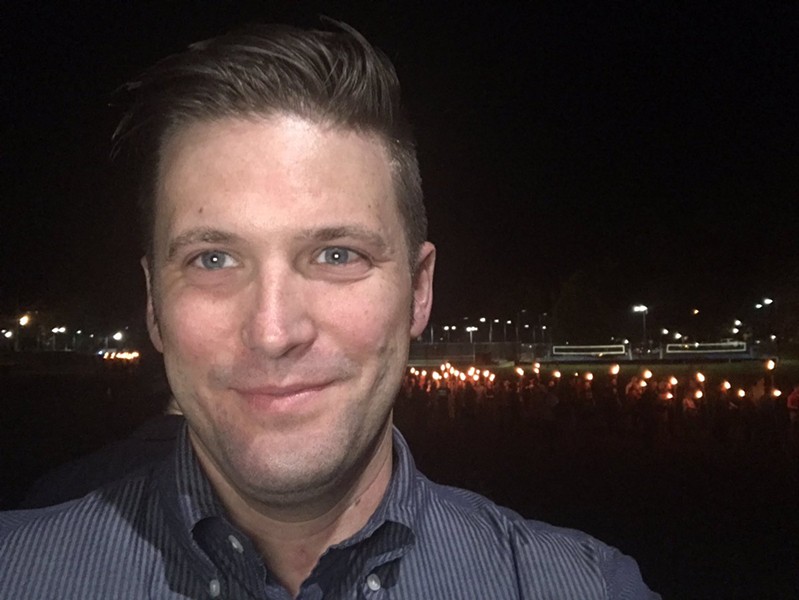 Richard Spencer, a white supremacist punching bag and organizer of the Charlottesville rally that left one woman dead, will be speaking at the University of Florida next week, and everyone from the school's president to Sen. Marco Rubio are now urging people not to show up.

University of Florida president Kent Fuch, who agreed to shell out $500,000 on beefed-up security for the event, wrote in an email Tuesday that Spencer seeks only "to provoke a reaction" and that "shunning" him would limit further attention.

Rubio, a man who tolerates a white supremacist nearly every single day, also spoke out about not attending the speech with a pair of tweets this morning.

#GatorNation not asking u to ignore his racist message.I am suggesting you embarrass him by denying him the attention he craves #Sayfie 2/2

Yep, ignoring torch-bearing racists like Spencer, who Donald Trump once referred to as "very fine people," is clearly the way to go.

Remember, as history suggests, ignoring bad things and bad people leads to social progress. Most importantly, nothing can possibly go wrong when we ignore Nazis. If we've learned anything about this country, it's that turning a blind eye to racism and bigotry has done wonders for civil rights.

Spencer's event, which you should absolutely not go to for increased Nazi-punching opportunities, will be held at 2:30 p.m Thursday, Oct. 19, at the Phillips Center for the Performing Arts.