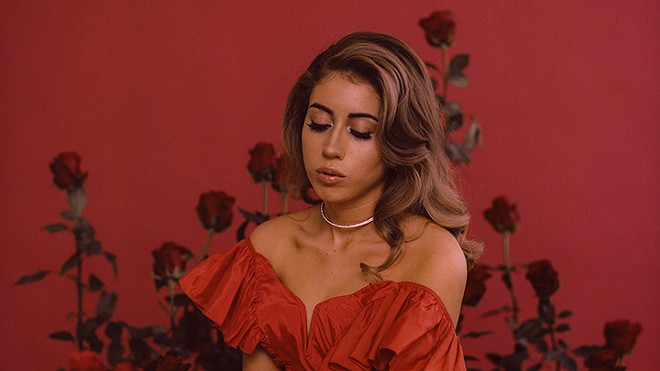 Torchy Colombian-American singer-songwriter Kali Uchis came out of seemingly nowhere with the surprisingly self-assured debut mixtape Drunken Babble in 2012, released when she was 18. On the strength of that and a few well-placed YouTube performances, Uchis was suddenly collaborating with Snoop Dogg on the track “On Edge” in 2014. Uchis kept the creative pace relentless, quickly releasing the Por Vida album in 2015, with production work from heavies like Diplo and Tyler, the Creator. Now she’s got an album about to be dropped by Interscope, which is definitely going to hip the unaware to Uchis, who is remolding classic and modern neo-soul, hip-hop and pop sounds in her own singular image. Because of high demand, this show has been bumped up from the Social to the Beacham. That, along with the news that Uchis will be opening dates on Lana Del Rey’s 2018 tour, is clear evidence that there’s something big going on here. Get in on this early.