Florida farmers may get loans to help with Hurricane Irma damage 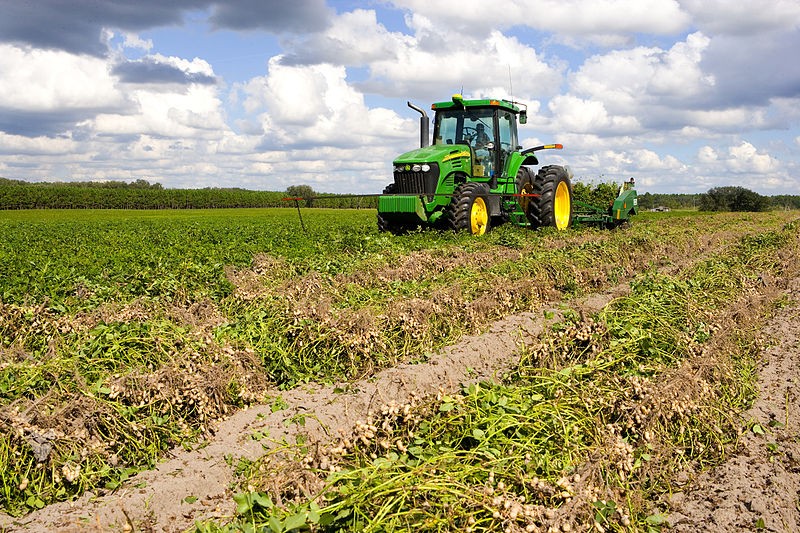 Florida farmers in 44 counties may be eligible for federal loans to help cover damage inflicted by Hurricane Irma, the U.S. Department of Agriculture has announced.

Still, Florida might have to wait months for broader federal assistance to the agriculture industry, which sustained more than $2.5 billion in losses from the storm.

U.S. Agriculture Secretary Sonny Perdue notified Gov. Rick Scott on Friday that the federal agency determined that Florida had sufficient production loss to warrant a “secretarial natural disaster designation” for most of the peninsula.

The designation makes farmers eligible to be considered for Farm Service Agency programs, including emergency loans, Perdue wrote in a letter to Scott. Farmers have eight months to apply for the loans.

“FSA considers each emergency loan application on its own merits, taking into account the extent of production losses on the farm and the security and repayment ability of the operator,” Perdue wrote.

The federal designation names 19 counties as “primary” natural disaster areas and 25 as being in “contiguous” counties. Farmers in primary and contiguous counties are eligible to apply for loans.

The state on Sept. 28 had requested the primary designation for 19 counties. Irma made landfall in Monroe and Collier counties on Sept. 10 and then barreled up the state.

A preliminary report from the Florida Department of Agriculture and Consumer Services released Oct. 4 estimated that citrus industry losses from the storm approached $761 million. The state's vegetable, nursery, cattle, dairy, sugar, non-citrus fruit and timber crops all were impacted by the massive storm.

In a statement Friday about the federal designations, state Agriculture Commissioner Adam Putnam said “it's important to recognize that the damage is still unfolding.”

“By making more federal help available, combined with our Florida Citrus Emergency Loan Program, we are giving farmers a way to immediately address the losses they incurred during Hurricane Irma,” Scott said in a prepared statement.

The federal designation also came as Florida officials have turned their attention to the U.S. Senate, which this week is expected to take up a $36.5 billion disaster-relief package directed at hurricane damage in Texas, Florida and Puerto Rico and the ongoing wildfires in California. The money doesn't include agricultural assistance for Florida.

The House on Thursday did not attach a measure to its relief package to cover losses incurred across Florida's agricultural landscape. The measure was proposed by U.S. Rep. Tom Rooney, a Republican whose district covers rural lands northwest of Lake Okeechobee.

Putnam, a former congressman who is running for governor, told reporters Thursday that the federal assistance may not be available until early next year if the Florida agricultural funding isn't added to the current relief package.

“If we're not in that one, it could be as late as mid-December before the next one moves,” Putnam said “And then when you back that up from how long it would take to implement a program to get assistance out the door you're looking at well into the first quarter of next year before growers are seeing any relief.”