With Virgin partnering with Hyperloop One, Florida's route is now one step closer to reality 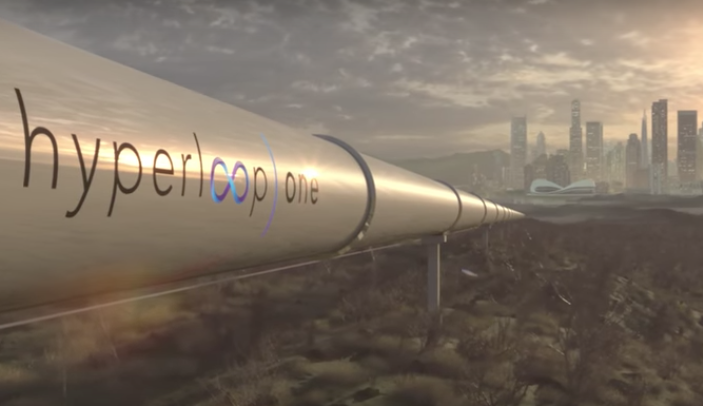 Sir Richard Branson is known for his willingness to embrace new technologies and to approach existing businesses in brand new ways.

Branson’s Virgin Group is known for its retail stores, airlines, hotels, and many other businesses. Now Virgin is adding another business to its conglomerate of more than 400.

Earlier this month Hyperloop One announced a strategic partnership with Virgin Group and with it a new name, Virgin Hyperloop One.

Few details were provided in the announcement, but the press release did state; “Our global strategic partnership will focus on passenger and mixed-use cargo service, in addition to the creation of a new passenger division. Virgin will not be the only operator.” It goes to explain, “Even as we [at Hyperloop One] build this partnership [with Virgin Group], the Hyperloop One team will remain in control of all engineering and development, product and system design, business development, and strategy. Now we’re adding the ability to tap into the strength of a company with 53 million customers, excellent management, and a track record for delighting customers in a multitude of industries, especially transportation.”

Branson was a bit more willing to discuss what the partnership will include. In sharing the news of the new partnership, he mentioned that “Virgin Hyperloop will be able to transport people from London to Scotland in 45 minutes.”

CNBC points out a growing competition between Branson and founder of the modern hyperloop technology, Elon Musk. Using an underground tunnel model Musk is moving ahead with his own hyperloop plans. In his new autobiography Branson shares a story of Musk undermining a plan to launch a space-based internet service. The Hyperloop One-Virgin partnership now pits the two friends, both of whom also have their own spacelines, against each other on yet another major venture.

However, the partnership will likely bode well for the Florida route. Last month, Hyperloop One announced that it narrowed the list of 26,000 proposed routes down to 10 with the Florida route on the list of finalists. The 257-mile Miami to Orlando route, the second shortest of the 10 chosen routes, will now receive more resources to develop more in-depth feasibility studies.

The ten routes are further along than any hyperloop route has ever been, but they all still have an uphill battle. The Florida route just might’ve gotten a very important cheerleader is its corner.

With Virgin Holidays having an ever-increasing presence in Central Florida and with Virgin Voyages set to begin cruises out of Port of Miami in 2020, Virgin has plenty of reasons to push for that Florida route.

This wouldn’t be the first time Virgin has attempted to run train service in Florida. In 2004, it announced a bid to run the ill-fated Orlando to Tampa high-speed train proposal. In 2000, Floridians voted a constitutional amendment requiring the high-speed train but after years of Republican attempts at killing the system Governor Scott successfully rejected a proposal that would’ve included $2.4 billion in funding from the Obama administration.

The proposed Florida Hyperloop route runs along Highway 27 up the western side of Lake Okeechobee before connection to I-4 near Davenport and running along I-4 to MCO. The route uses some of the exact same interstate rights-of-way as the previously proposed high-speed Virgin Train.

All 10 of the finalists are routes that include the possibility of additional phases in the coming years. Those behind the Florida route, including AECOM, FDOT, and numerous Miami-Dade departments, have already hinted that plans are in the works for expansions beyond the initial route.

One of the expansion routes that is seemingly the easiest and, likely quickest to win approval would likely be the Orlando to Tampa route. Virgin is also exploring space tourism with its Virgin Galactic space travel brand. Currently, Virgin Galactic bases all of its operations out of California and New Mexico but as the technology becomes more proven a logical place to have offer space flights out of would be Kennedy Space Center. An extension of the route to this coastal community would allow for Virgin to better market these space journeys.

At the same time as Hyperloop One, we have Brightline, a new passenger train service currently under construction between Miami and Orlando, that would top speeds of 125 mph, but with multiple stops and numerous at-grade crossings, Brightline looks to be the loser in the fight with Hyperloop.
Governor Scott has been criticized for providing Brightline with various government funds after killing the Orlando-to-Tampa high-speed train for its reliance on government funding. There’s still no word on if the Hyperloop route here would receive similar government funding.

Brightline plans high-end stations with retail, hotels, and other amenities. With Virgin slowly growing its Virgin Hotels division, it wouldn’t be surprising to see the Hyperloop stations have a similar design with hotels and retail components.

Current timelines call for the Florida Hyperloop route to start shipping cargo by 2020, and riders by 2021.