Esteemed L.A. indie imprint Stones Throw Records may be one of the most open-minded and expansive hip-hop labels around, but even Mild High Club sits out on one of the further branches of the family tree.

Their stoner soundtracks ride a soft, easy wavelength that belies some intricacy. I mean, those 12-string guitars are there for a reason, right? However, though pleasantly chill enough on record, many of their details tend to get washed over in the vibe. And live, it can sometimes take the form of jammy jazz. Judging from the maximum capacity flock that turned out, though, perhaps the only thing clear is that I am not taking the right drugs.

But without condition, I’m happy that it was the biggest show organized by local indie promoters Ugly Orange I’ve seen yet, their first sellout. We told you these ladies were on the up.

Opening was the Orlando debut of Pearl and the Oysters. Though the name may suggest punk silliness, they’re actually part of the notable and arty Gainesville co-op Elestial Sound. Anchored by French transplants Juliette Davis and Joachim Polack, they’re a jazz-pop group whose insouciance is cast through a sunny psych kaleidoscope whirring with ‘60s-inspired keys and electronics. It’s a sweet tack that takes an airy drift and bends it with just enough charming eccentricity to be interesting. 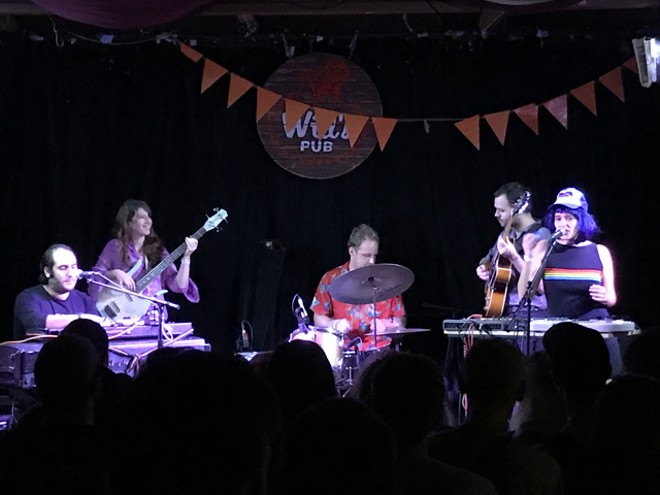