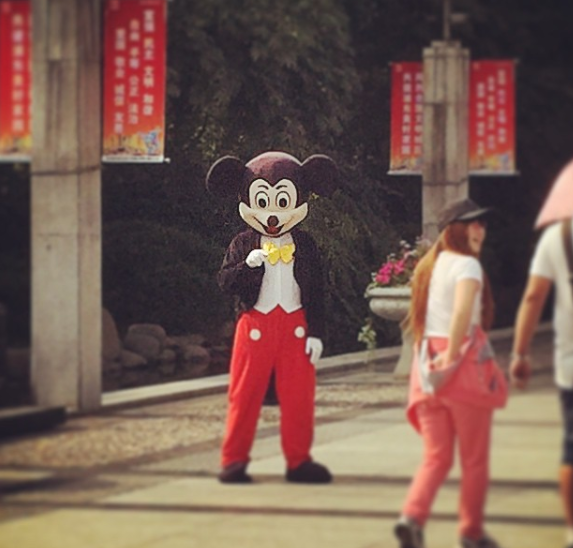 What little kid doesn’t want Elsa, Darth Vader, or Iron Man to show up at their birthday party? Well, if it was up to Disney, the only way a kid would be able to have such characters at their party would be to show up at a Disney resort.

While lawsuits against unlicensed use of a studio’s characters are nothing new, The Hollywood Reporter recently covered a unique case that Disney has filed against a New York company, Characters for Hire.

The company seems to not explicitly call their characters by the same names as Disney’s trademarked and copyrighted characters. In a summary judgment memo Disney states, "Defendants have admitted to changing at least the following names and titles in their customers' reviews: 'Luke/Darth experience' to 'Star Battle,' "Star Wars storyline' to 'Star Battles ,' 'Darth Vader' to 'Dark Lord,' 'Star Wars' to 'Star Battle(s),' 'Darth Maul' to 'Mauler,' 'Princess Leia' to 'the Princess,' and 'Chewbacca' to 'Big Hairy Guy.'"

Disclaimers stating that the characters weren’t associated with Disney or its affiliates hasn’t stopped Disney from going after small party entertainment company. But owner Nick Sarelli has lawyered up with representation from Feldman Law Group.

Feldman points to the public domain that many of the stories Disney pull from as part of why Disney can’t claim full ownership rights to the characters. "CFH’s use of characters from Norse mythology, such as Thor and Loki, or centuries-old fairy tales and folk tales, like Cinderella, Snow White, Rapunzel, Aladdin and Princess Aurora do not infringe upon any original expression added by Plaintiffs to these public domain characters."
They also claim that Characters for Hire didn’t “copy, reproduce, distribute or display any of the two-dimensional artwork that is the subject of those copyright registrations.”

Both sides have former cases that seem to point to them being in the right.

The case does bring up memories of a similar case in 1989 where Disney went after a group of three Florida daycare centers that featured murals of Disney characters. The case garnered national attention, but before Disney could carry out any legal action against the small businesses the soon-to-open Universal Studios Florida jumped on the highly publicized case. They partnered with Hanna-Barbera, who would have an opening day attraction in the new Florida theme park (the attraction is now home to the Despicable Me ride), and replaced the Disney characters with the likes of Yogi Bear, Scooby-Doo, the Flintstones, and others.

There’s no telling if this latest lawsuit by Disney will result in similar unwanted PR for the company but if you’re planning to have the “Big Hairy Guy” at a party, you might want to push up the date.