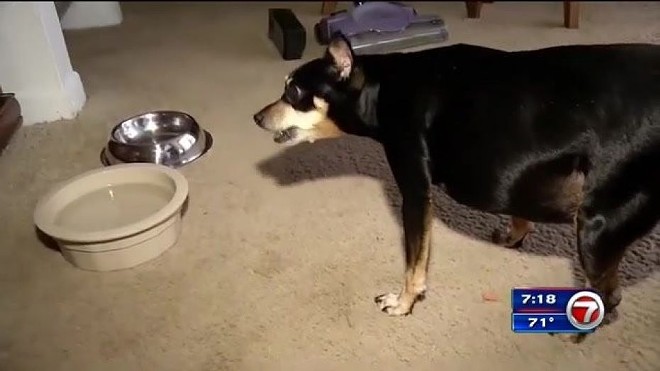 A local dog that has accumulated a tremendous amount of mass may have survived a bear attack in Altamonte Springs because of its overall thickness.

According to WSVN, a 15-pound miniature pinscher named Frika was attacked by a bear in in her yard in Altamonte Springs, and her large frame more than likely saved her life.

"The vet said she’s just really hearty. She said the extra layer of fat kept the bear’s claw from tearing out her intestines," said the dog’s owner, Eric Yaughn, to WVSN.

Frika received 12 stitches and is expected to fully recover.

For those unaware of Central Florida's bear situation, local bears are extremely active this time of year, because they're storing up for winter. Just this week, a Longwood resident chased a massive bear out of his garage.