Circo Orlando, an Italian restaurant that would serve as a sister to New York’s Le Cirque, was to be the on the top of the new Hollywood Plaza garage, now wrapping up construction on I-Drive.

With Le Cirque closing, plans for the sister restaurant here have now also fallen through.

Circo Orlando restaurateur Andrew Gross explained in a statement that he and Hollywood Plaza developer Joshua Wallack have agreed to terminate the lease for Circo Orlando. “[N]ow is not the time to open a Le Cirque brand location with the recent economic issues plaguing Le Cirque/Circo in New York City. As such, we mutually agreed to terminate the lease in Hollywood Plaza.”

Circo in New York, known as Osteria del Circo, will also close but locations in Las Vegas, the Middle East and India will remain open. 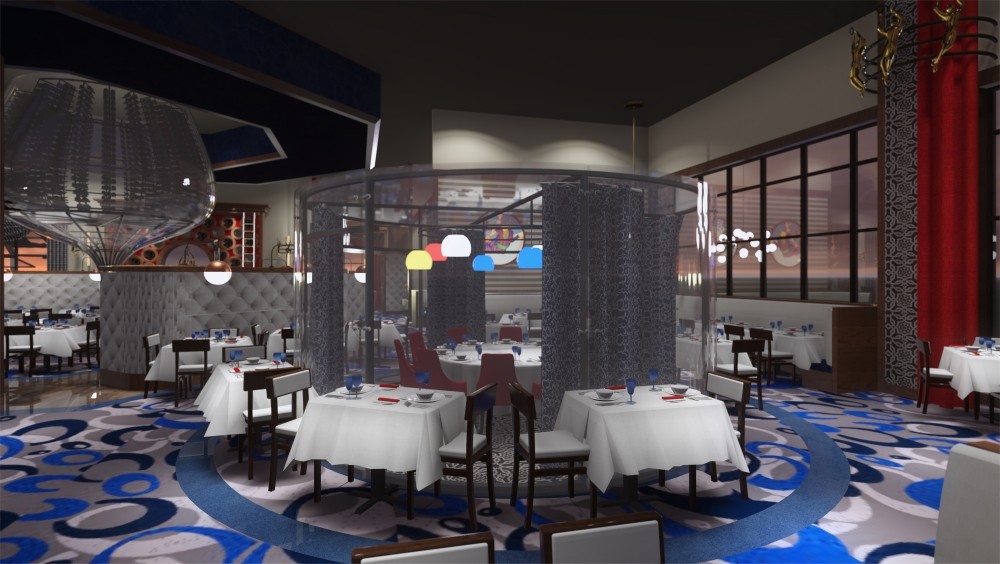 Wallack has confirmed he is already in talks with a new tenant for the restaurant space, confirming it’ll be a fine dining establishment with a chic lounge and large windows overlooking I-Drive, Sand Lake, Universal Orlando and Disney in the distance.

The retractable glass roof that was previously announced for Circo Orlando will likely still remain as well, though specifics around the new restaurant are still in flux.

While Circo Orlando isn’t happening, that isn’t slowing down other parts of the Hollywood Plaza development, including a massive new Hogan’s Beach Shop that will nearly double the size of the current location. Hulk Hogan has confirmed his new location will feature some type of interactive attractions.

Hogan's Beach Shop has scheduled a press conference for the middle of the month, at which time we should learn new details of both this beach shop and other Hogan-related projects.

A tenant for the 5,300-square-foot commercial space next to the nearly 4,000-square-foot Hogan’s Beach Shop has yet to be announced. In front of the pastel-colored, Miami Beach-inspired parking garage will be a large tropical landscaped pedestrian plaza.

The garage will open by the end of this year, with rates ranging from $4 to just over $20. Once the new garage opens, Mango’s Orlando will finally be able to open its long-finished rooftop bar. The bar has previously been unable to open due to a lack of parking; lack of parking has been one of the biggest issues for Mango’s Orlando since it opened nearly two years ago.

This concern for parking is what caused Wallack to look at the property across Sand Lake Road initially, but the high visibility of this lot led to the project now known as Skyplex. Topping out at nearly 600 feet, Skyplex will feature a nightclub with 360-degree views that will stretch to almost the coast, the world’s tallest roller coaster and numerous other attractions.

The world’s largest Perkins will also be included in Skyplex.

Since before Mango’s Orlando opened, Wallack has stated that each of the phases will begin after the previous phase is finished. Even with the restaurant space in the Hollywood Plaza garage hitting this speed bump, the plaza should be completed by mid-2018.

The next phase, which would be the much-anticipated Skyplex development, should begin soon after.