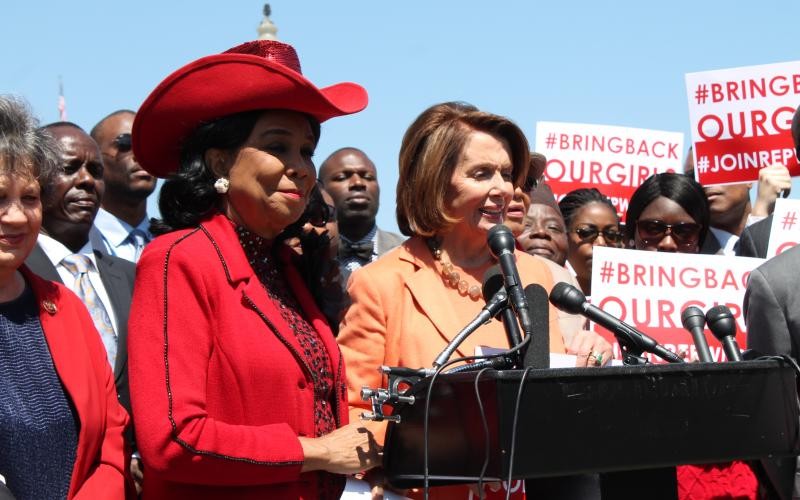 When White House chief of staff John Kelly appeared on Fox News Monday night, most people focused on his statement that "the lack of an ability to compromise led to the Civil War," which was indeed startling. Florida viewers, though, may have also noticed that Kelly chose to dig in his heels on his comments about Florida Rep. Frederica Wilson in a press briefing last week.

In an interview, Laura Ingraham asked Kelly whether he had something to apologize for.

Kelly said: "Oh, no. No. Never. Well, I'll apologize if I need to. But for something like that, absolutely not. I stand by my comments."

A refresher: Wilson called on Trump to apologize for his mishandled condolence call to the widow of a Florida soldier; Kelly then appeared at a WH media briefing and rudely called Wilson "all hat, no cattle" and an "empty barrel," and accused her of "grandstanding" at a 2015 event, stating that Wilson incorrectly claimed credit for securing federal funding for the FBI field office. In fact, as video shows, Wilson spoke at the dedication about fast-tracking legislation to name the building after two slain FBI agents.

Florida's black caucus wants John Kelly to apologize to Frederica Wilson
By News Service of Florida
Blogs
After Kelly's bizarre (and untrue) accusations and name-calling, Wilson said in an interview on CNN, "You know, I feel sorry for Gen. Kelly. … But he can't just go on TV and lie on me. I was not even in Congress in 2009 when the money for the building was secured. So that's a lie. How dare he?"

Kelly, apparently dares indeed. Confronted with factual evidence, his response to whether he should apologize is, again, "Oh, no. No. Never."