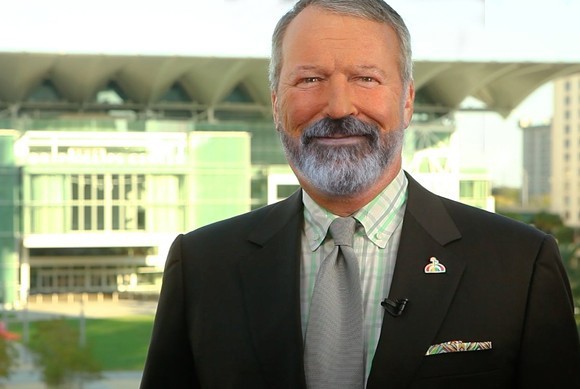 We are now two days into Movember, the annual nationwide event where normally smooth-faced men (and women) attempt to grow facial hair in an effort to raise awareness/money for men's health issues.

So far, Orlando Mayor Buddy Dyer still hasn't said whether or not we can expect some stubble on his otherwise baby-faced chin.

The mayor responded to a tweet from Orlando Weekly today saying that the city will just have to wait and see.

Movember is one of my favorite months of the year.

You'll have to stay tuned on the beard.

Right now there's a good chance that Buddy is looking in the mirror, with a Schick Hydro in hand, debating on whether or not to commit to a Movember beard project. We say do it.

Last year, Dyer produced a nice, respectable face carpet and though there was some speculation that he may have shaved, we think he's capable of even more.

So, grow a big beefy goatee, Mr. Mayor. Take it to the limit.