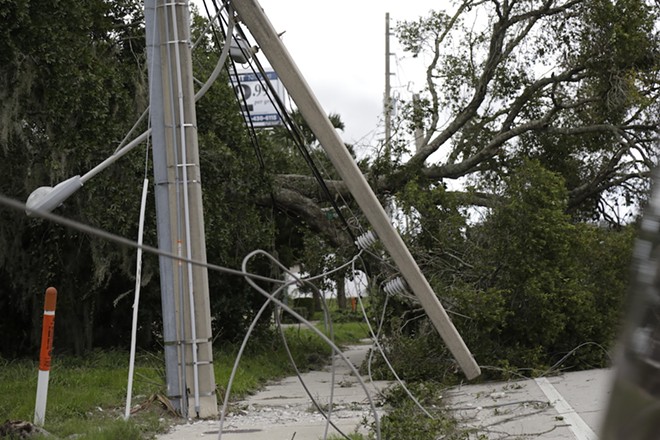 Utility company Duke Energy took one in the jeans because of Hurricane Irma.

This morning, the Florida power company reported $954 million in net income for the third quarter of this year, which is down by about 19 percent from $1.2 billion last year, reports the Tampa Bay Times.

This comes out to roughly $246 million in the red.

Duke Energy Florida president: 'We deeply apologize'
By Colin Wolf
Blogs
"The hallmark of this quarter was resilience. In the face of unfavorable weather and the destructive force of Hurricane Irma, we continued to deliver on our financial commitments for the year through focused cost control," said Duke CEO Lynn Good in a release to investors.

Besides blaming the storm, Duke Energy also said the low earnings are because they no longer include International Energy, which they sold last year.