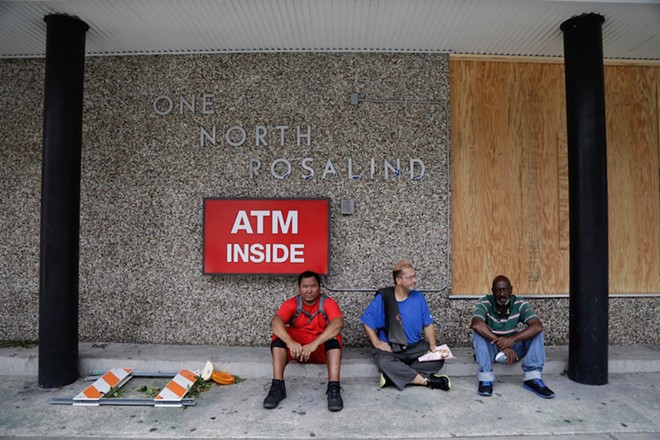 With the start of the 2018 legislative session more than two months away, House members, mostly Republicans, have pitched 114 projects and programs for state money. The proposals range from $30,000 for the Okaloosa County Historical Museum to $2 million for coastal work in Jacksonville Beach to $300,000 for drainage improvements in Miami Gardens. House Majority Leader Ray Rodrigues, who is vice chairman of the House Select Committee on Hurricane Response and Preparedness, said priority will be given to projects that can be linked to Hurricane Irma relief or to brace for future disasters.

Luke’s Kitchen hosts Fall Fest and Hurricane Relief Luncheon Saturday
By Jessica Bryce Young
Blogs
“My suspicion is, as we move forward in the process, the appropriation bills that are going to get a hearing deal with these topics more so than the bills that do not,” Rodrigues, R-Estero, said Thursday an Associated Press event at the Capitol. The House budget proposals for the 2018 session, which starts Jan. 9, totaled $117 million as of Friday morning. The House, unlike the Senate, requires members to file separate bills for proposed spending projects. Lawmakers face a tight budget going into the session, in part because of costs related to Hurricane Irma. But Gov. Rick Scott said the state has enough money to pay for priorities without dipping into reserves. "I'm going to focus very aggressively on how we take care of families. I'm not, as you would expect, I'm not going to focus on member projects," Scott said Thursday. "If we spend that money well, we will have the ability to, one, have significant reserves and to continue to reduce the debt of the state, which long-term is going to make it easier when we do, hope we never do, have a downturn in this state.” Rodrigues said he had not reviewed the proposed member projects but said House Speaker Richard Corcoran, R-Land O'Lakes, has made clear priority will go to efforts to respond to the hurricane, which caused billions of dollars in damage to the state Sept. 10 and Sept. 11. “If they cannot be fit within those parameters, then clearly those aren't projects that will be viewed as a priority by the House as we move forward,” Rodrigues said. Among the House proposals, the two largest as of Friday are promoted as hurricane-related. A measure (HB 2191) by Rep. Colleen Burton, R-Lakeland, seeks $9 million for hurricane preparedness at Lakeland Regional Medical Center. An $8.4 million proposal (HB 2229) by Rep. Cary Pigman, R-Avon Park, would fund an emergency special-needs multi-use facility in Okeechobee County. The next two highest proposals don't appear to storm-linked. House PreK-12 Appropriations Chairman Manny Diaz, R-Hialeah, wants $5.2 million for tuition assistance for health professionals at Nova Southeastern University (HB 2091). Also, Burton has proposed $5 million for a behavioral-health hospital and outpatient center at Lakeland Regional Medical Center (HB 2189). Overall, Republicans had submitted 94 projects worth a combined $105.5 million. Democrats had 19 proposals on file worth a combined $11 million. One proposal (HB 2135), $580,320 for the Marion County Southeastern Livestock Pavilion, is sponsored by Republican Rep. Stan McClain of Belleview and Democrat Clovis Watson of Alachua. An additional five projects, worth a combined $2.93 million, were withdrawn on Thursday. Each had been sponsored by Daisy Baez, a Coral Gables Democrat who resigned Wednesday from her House seat as part of plea agreement involving perjury in an investigation about her legal residency. The largest of Baez' proposals, $1.5 million, was for to assist a Pinecrest waterline extension project.