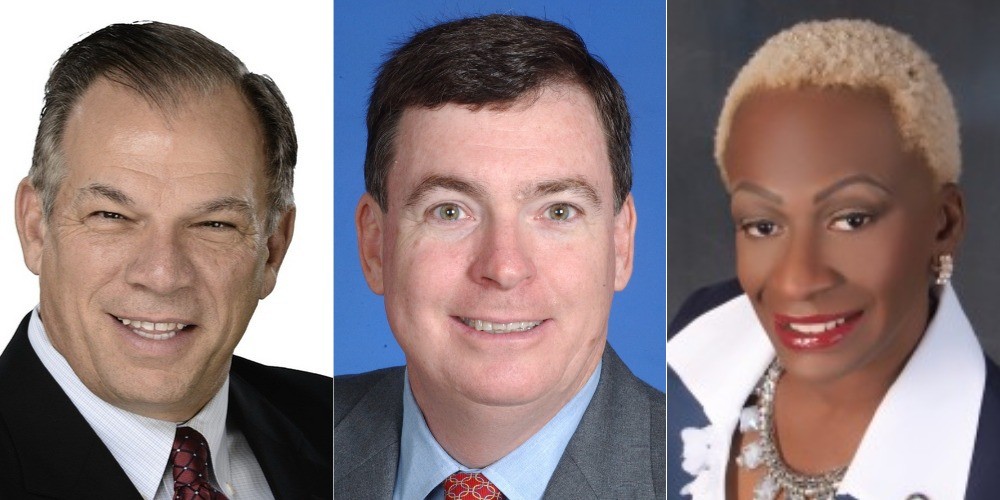 Orlando voters decided to send all three incumbents back to City Hall in Tuesday's municipal elections.

Orlando Commissioners Robert Stuart and Regina Hill pulled off slim victories in District 3 and 5 respectively, with Stuart receiving 50.97 percent of the vote and Hill narrowly avoiding a run-off election by getting 50.24 percent of all ballots, according to results from the Orange County Supervisor of Elections office. Candidates needed a majority of the vote (50 percent) to avoid a run-off election in December. Meanwhile in District 1, Commissioner Jim Gray coasted to another term on a comfortable margin, beating his two challengers by garnering slightly more than 53 percent of the vote.

Hill came close to a run-off election with Ericka Dunlap in District 5, which extends from downtown through Parramore and MetroWest. Dunlap, a former Miss America pageant queen and public relations professional, came in second with 24.7 percent of votes, followed by Sarah Elbadri with 7.3 percent; Cynthia Harris with 7.3 percent; Jibreel Ali with 6.7 percent; Betty Gelzer with 3.5 percent; and Ondria James with less than 1 percent.

Stuart, who represents northern Orlando neighborhoods, also barely scrapped to a win with 3,207 votes. His only challenger, real-estate attorney Asima Azam, came close with 49 percent of votes, or 3,085 votes.

Gray retained his seat handily against challengers Tom Keen and Sunshine Grund in District 1, which encompasses Lake Nona and southeast Orlando. Gray received 1,621 votes compared to Keen, an aerospace simulation businessman, who garnered 1,208 votes, or almost 40 percent of the vote. Grund, an environmentalist who ran for Orlando mayor in 2015, came in third with 219 votes or 7.2 percent of the vote.

This story is breaking news. Check back here for any updates.