Massachusetts band the Hotelier are one of the flagship bands of the emo revival that’s in full moon right now. That status was reflected in the ardor of the crowd here, who came to shout, jump and point skyward en masse.

On the spectrum, though, the Hotelier pack a bit more than many of their peers, sometimes painting beyond with greater nuance and dimension. But even when it abides by emo convention, the music’s got honesty, craft and commitment. And sometimes you just can’t ask for more than that. So bleed on, sad boys. 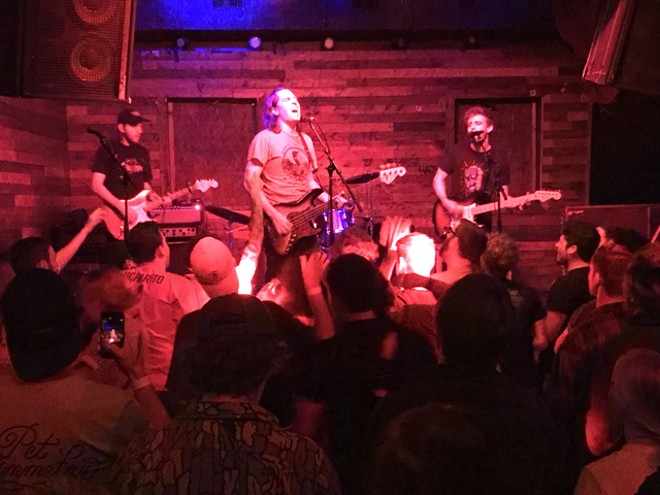 Fun fact for Orlando heads: The Hotelier originally went by the phonetically similar name the Hotel Year, which bears a conspicuous resemblance to My Hotel Year, themselves an emo act that was one of Orlando’s most beloved indie bands. The Hotelier’s Wikipedia page even details this coincidence in a sort of amusingly catty way wherein the band changed their name because they “did not think the name was any good and there was a band called My Hotel Year which they did not want to be confused with.”

New York state openers Oso Oso pledge to the same flag with competent sentimental rock that lands on the right side of emo, balancing out the wails with some powerful and tuneful guitars.

But looking forward, perhaps the band most worth watching is Austin’s Alex Napping, who made their Orlando debut as the one non-emo band at the bottom of an otherwise all-emo bill. 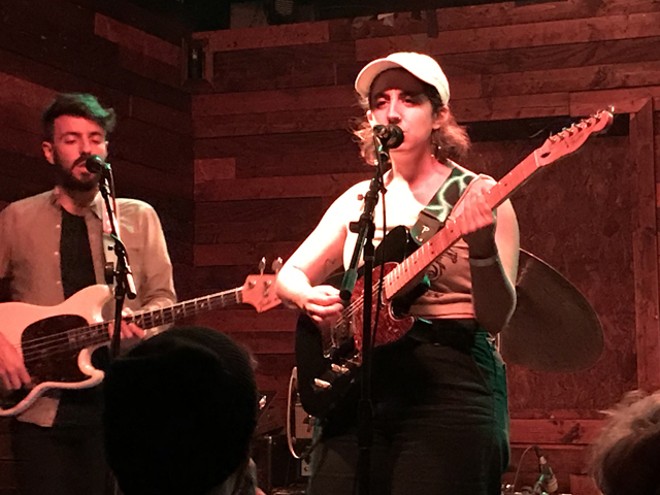 Because of its track record this decade as a leading antenna in the field, ambitious label Father/Daughter Records – a bicoastal operation whose eastern foothold is in Miami – has emerged as one of the most distinguished farm leagues in the indie rock world in recent years, with very notable picks like Diet Cig and Vagabon. And Alex Napping are one of the latest stars on the Father/Daughter roster with probably one of the best albums heard this year in Mise En Place. 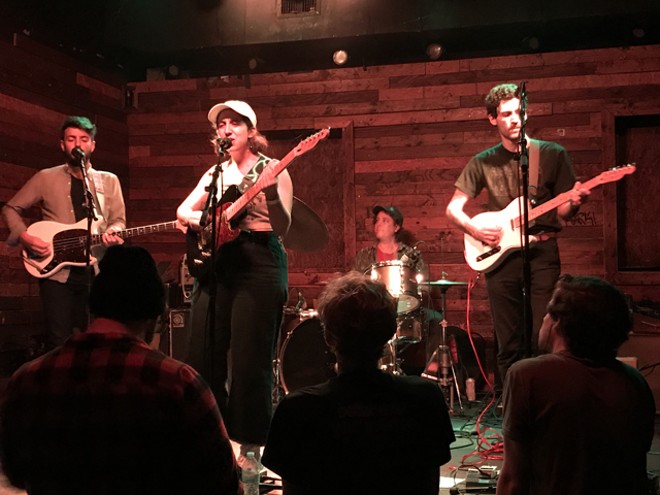 Their guitar pop is a shimmering study in melody and mood that boasts sparkling pop aptitude and interesting dynamics – and it plays great on record. Live, however, the usually defining voice of frontwoman Alex Cohen was often so slight that it only seemed to contend in their quiet moments, which is unfortunate since the band’s bigger strokes are their more distinctive ones. She finally stepped up midway through their set, though, luckily just in time for standout song “You’ve Got Me.”

Cohen’s got a voice of character, it just needs to be dialed in and unleashed for them to fulfill their considerable potential. But when you have recordings that already show songwriting of exceptional promise like Alex Napping, all else is just a matter of time.