I-4 is named the most deadly highway in the nation 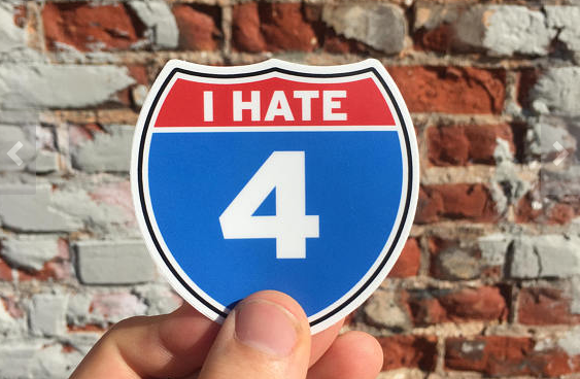 The fact that we all have a high likelihood of getting into an accident on I-4 shouldn't be surprising to anyone who's ever driven down this 132-mile stretch of Armageddon. But according to recently released data, we now know with some certainty that I-4 is indeed the worst.

According to data from the National Highway Traffic Safety Administration, there were 165 deaths on I-4 between 2011-2015, making it the most deadly stretch of highway in the country.

There was actually a few metrics that went into this, so the company Teletrac Navman decided to break it all down into an extremely depressing graphic.

As you can see in the image below, the graphic actually pinpoints the "deaths per mile" for each highway (I-4 is 1.250) and even the day and time that you could statistically get into an accident and die.

In Orlando, the deadliest section of I-4, there were 19 deaths and the most common date for a fatality on the road was January 10, between 2 p.m. and 3 p.m.

It's worth noting that around 3 p.m. is when a guy landed his plane on I-4 during rush hour last week.