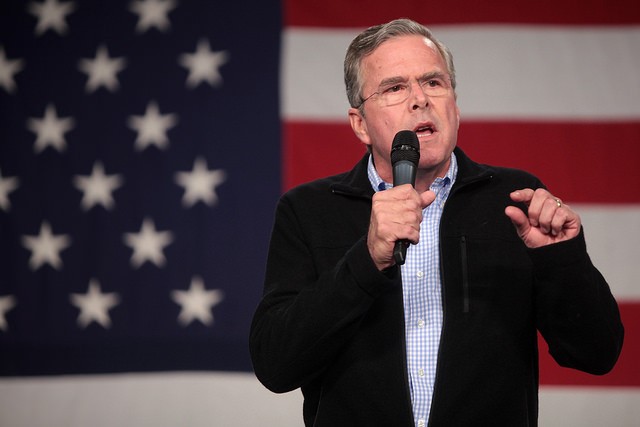 "This is not a question of innocence or guilt like in a criminal proceeding, this is a question of what’s right and what’s wrong,” Bush said in an interview on Monday with CNBC. "And acknowledging that you’re dating teenagers when you’re 32 years old as assistant state attorney is wrong. It’s just plain wrong."

"He should step aside," said Ryan told the Washington Post. "Number one, these allegations are credible. Number two, if he cares about the values and people he claims to care about, then he should step aside."

In total, two different women have accused Moore of sexual assault and five have alleged he pursued them when they were teenagers.

It's worth mentioning that Jeb Bush's father, George H.W. Bush, has been recently accused of groping a teenager's butt back in 2003, reports CNN.