When we first broke the news this May about the newly minted Hourglass District and its associated food ventures, the real estate professionals behind the project — Giovanni Fernandez and Elise Sabatino — talked of grand plans for the Curry Ford Road/Bumby Avenue corridor.

Well, looks like those grand plans are coming to fruition. Sure, work on the Hourglass Market at 2401 Curry Ford Road, which will eventually house Foxtail Coffee Co., Tamale Co., and Market 2401 (offering cheese, sandwiches, beer and wine), is behind schedule, but it is progressing. 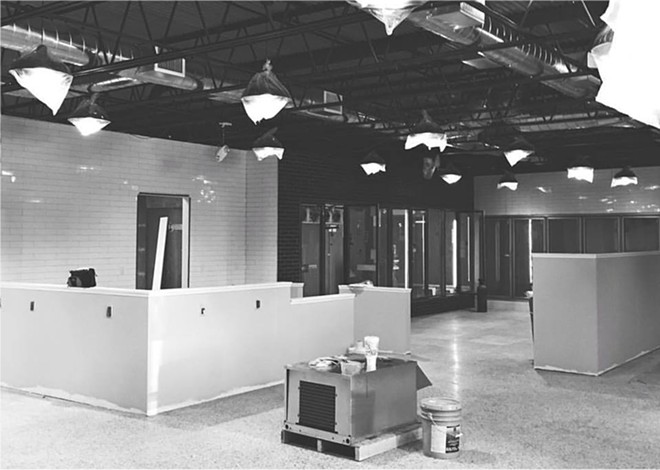 Tamale Co.'s Jennifer Tamayo told me that the build-out for her Mexican eatery will commence in January and she's hopeful for a spring 2018 opening.

In the stand-alone building next door, work continues on Claddagh Cottage Irish Pub, which should open in January.

But across the street, on the south side of Curry Ford Road, Peppino's Organic Italian Kitchen & Pizzeria is poised to open after the Thanksgiving holiday, according to owner Pietro Priola.

The restaurant, touted as the only farm-to-table Italian restaurant in the city, will serve Neapolitan-style pizzas with Sicilian flavorings in addition to pastas, panini, salads and various antipasti. (Click menu below for more) 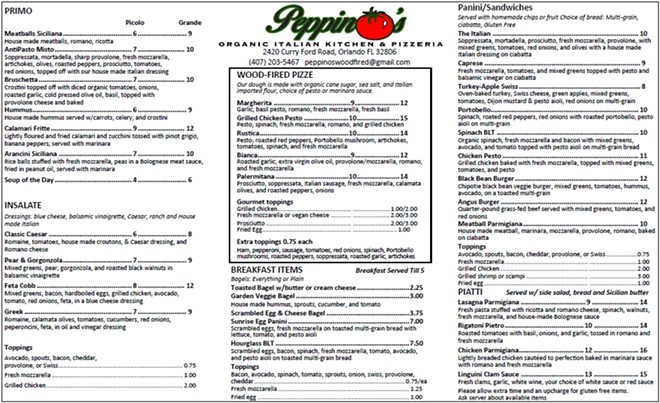 Next door, and to the east of Peppino's, the aptly named Hourglass Brewing will open its second location in the corner space at 2500 Curry Ford, which recently housed the ICCR (Iglesia Cristiana Casa de Refugio) church.

According to Lance Butterfield, who owns the Longwood-based brewery along with Brett Mason, construction on the second brewpub should start in January once the lease agreement is finalized.

Hourglass Brewing will feature 20-plus taps and bottle options, along with a patio facing Peppino's. Butterfield says Hourglass Brewing and Peppino's will collaborate to make each other's products available in both businesses.

Fernandez hasn't announced what restaurant will move into the old Tony's Auto Repair building on the southwest corner of Bumby Avenue and Curry Ford Road, though he does have plans to stage a farmers' market in the space between it and Peppino's.