A damn crocodile was removed from a Florida beach this afternoon 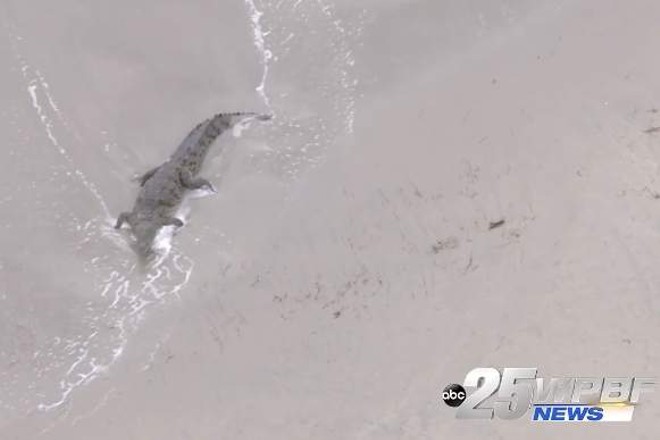 Wildlife officers were called to help remove a 6-foot crocodile from a Florida beach this afternoon, because here in the Sunshine State we like our beaches croc free.

According to WBPF, the croc was first spotted near Dania Beach this morning, before it drifted south and eventually swam ashore on Hollywood Beach.

Lifeguards kept crowds back until trappers with the Florida Fish and Wildlife Conservation Commission could wrangle the large reptile.

Florida now has a Nile crocodile problem
By Colin Wolf
Blogs
At the moment, it is unclear what happened to the crocodile once it was capture, but it was more than likely "relocated."

Crocodiles are North America’s largest reptile and an endangered species. The FWC estimates that there are about 2000 left in the wild.