Croissant Gourmet in College Park is about to get très gourmet.

Tartine Wine Bar & Eaterie will be French to its core, serving savory items as well as breakfast pastries. The Croissant Gourmet space will undergo changes to its interior before opening as Tartine in December. 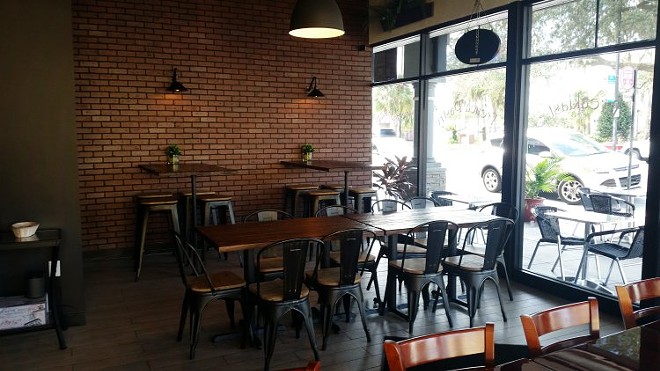 "As we talked to people in College Park, we noticed people were looking for a sexy place to eat and drink," said Morales, who will serve as Tartine's executive chef. As the name suggests, the restaurant will specialize in tartines on house-made bread, as well as sharable plates and wines by the glass.

"We want it to be very social and approachable," says Morales, "and our small menu will be well-executed and ever-changing."

Tartine will also offer coffee by Julius Meinl, hard-to-find French beers and, according to Morales, "things you can't find anywhere else."

Cahagne, who will maintain ownership of Tartine, will be responsible for making pastries.

"His pastries are amazing," Morales says. "I'm not going to mess with that."

The restaurant will remain open as it transitions to Tartine. Starting Dec. 1 (that's a tentative date mind you), hours will be 7 a.m. to 10 p.m. Thursday to Sunday, and 7 a.m. to 3 p.m. Monday to Wednesday.