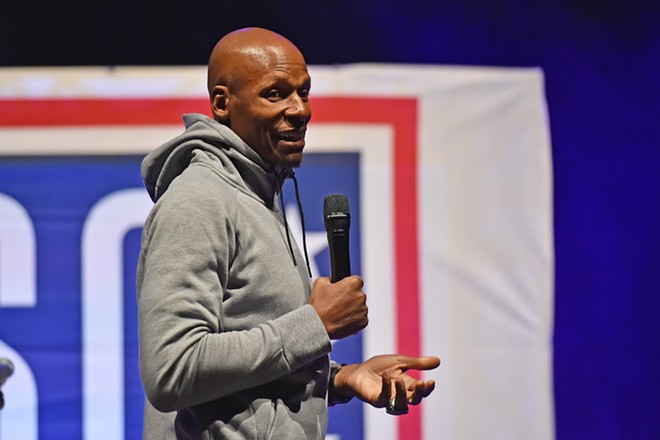 Former NBA player Ray Allen was accused Monday in an Orlando courtroom of stalking a man named Bryant Coleman, but in fact, he says, Coleman was catfishing him. Allen filed an emergency motion Tuesday to dismiss Coleman's case.

Coleman contacted Allen online, presenting himself as "a number of attractive women interested in Ray Allen." Eventually, Allen shared "private information" with some of those "women" (uh-huh) but tried to cut things off when he realized those women were, in fact, a single man. Allen claims that, rather than agree to leave him alone:

"Coleman continued to post about Ray using various online accounts. Coleman did not limit these posts to Ray. He posted about Ray’s wife, Ray’s children, Ray’s dog, Ray’s homes, Ray’s wife’s restaurant, and numerous other personal items. Coleman not only posted about these things, he would actually post while physically located inside Ray’s wife’s restaurant in Orlando. And he would make sure they knew it, tagging Ray and his wife on those posts."

Allen and his wife, Shannon, opened an Orlando outpost of their Miami restaurant, Grown, inside a Lake Nona Walmart last year. And with that mental image of a man pretending to be a woman flirting with a retired basketball player inside a Walmart, we bid you adieu, because we cannot think of anything more Florida Gothic-pathetic.

Deadspin uploaded the full motion on Scribd: read for yourself below.