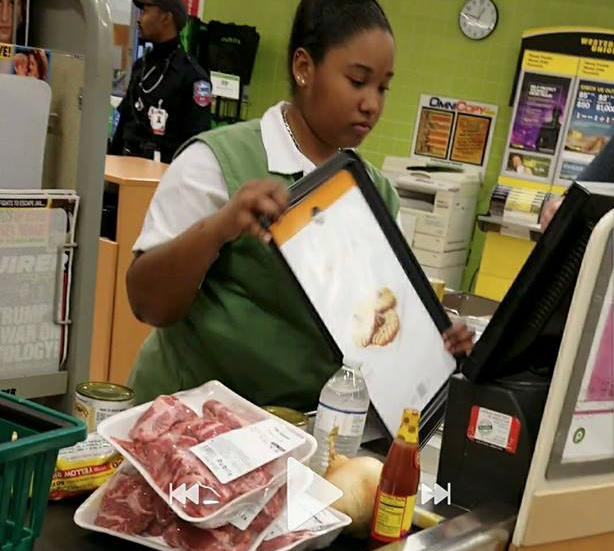 A Publix employee reportedly whipped out her own debit card and helped a customer last weekend who struggled to cover their Thanksgiving dinner shopping list.

The generous act, which occurred last Friday at a Publix in Fairburn, Ga, was apparently witnessed by Dam Tyrone II, who then posted about it on social media.

Though the exact amount paid wasn't specified, Tyrone says that when he saw the employee, Sierra Johnson, help out the customer, it inspired him to pay it forward by going to a Wal-Mart and paying for a stranger's groceries.

"I feel great knowing that I did something good. Blessings go up and they do come down," said Johnson in another Facebook post.

Publix hasn't commented on the incident, which is sort of weird because when employees at large corporations do nice things, it's typically PR gold.