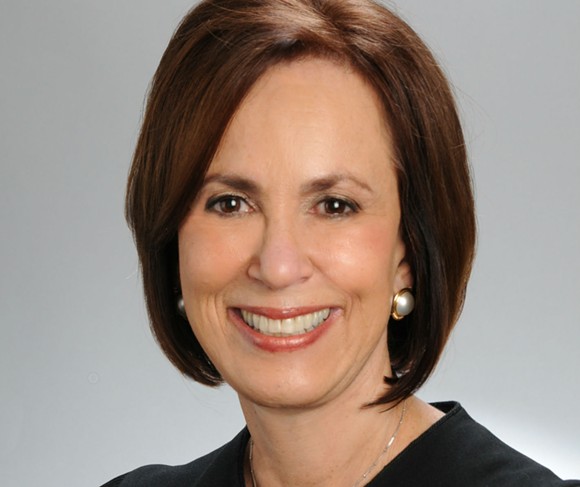 Accusing Gov. Rick Scott of trying to “fan the flames of false controversy,” two groups argued Tuesday that Florida Supreme Court Justice Barbara Pariente should not be disqualified from a case that could determine the future direction of the court.

The League of Women Voters of Florida and Common Cause filed the case in June, seeking a ruling about whether Scott —- or his successor —- will have the legal authority to appoint replacements for three Supreme Court justices in January 2019.

Attorneys for Scott, who contends he has the appointment power, filed a motion last week arguing that Pariente should be disqualified because of comments she made that were caught on a “hot mic” after oral arguments in the case. The Scott administration alleges the comments could indicate a bias against the governor.

But lawyers for the League of Women Voters and Common Cause filed a 12-page response Tuesday saying the motion to disqualify Pariente should be rejected.

“As titillating as a tale may first appear when it starts with judges being inadvertently caught on a `hot mic' while chatting between oral arguments, it is now beyond clear that `there is no there there' in this case,” the response said. “No Supreme Court justice should be disqualified for unintelligible comments that —- even as interpreted by the governor —- had no possible relevance to the case that had just been heard and expressed no antipathy to any party or attorney in the case. Respondent's (Scott's) attempt to fan the flames of false controversy through his public remarks and the instant motion notwithstanding, a recusal here would set a dangerous precedent for a court that has heard innumerable recent cases in which the respondent is a party or has a direct interest and will no doubt hear many more in the remainder of his term.”

The underlying issue in the case is whether Scott or his successor will have the authority to appoint replacements for Pariente and justices R. Fred Lewis and Peggy Quince, who will be forced to leave the bench in January 2019 because of a mandatory retirement age.

Scott, whose term ends in January 2019, contends he has the authority to make the appointments, while the League of Women Voters and Common Cause say his successor should have the power. The issue could have high-stakes, as Pariente, Lewis and Quince are widely considered part of a four-member liberal majority on the seven-member court. If the Republican Scott makes the appointments, he could reshape the court in a more conservative mode for years, if not decades.

The attempt to disqualify Pariente stems from comments she made after oral arguments Nov. 1 and other remarks she made during a merit-retention campaign in 2012.

“In the present case, disqualification is likewise required because the actions and comments by Justice Pariente would place a reasonably prudent person in fear of not receiving a fair and impartial hearing,” Scott's lawyers argued in the 17-page motion last week.

After the conclusion of the oral arguments in the case, Pariente was seen pointing to a piece of paper and speaking to Chief Justice Jorge Labarga. The exchange was captured on a video by The Florida Channel, which broadcasts court arguments.

Labarga reacted to the document by saying the name “Panuccio,” and Pariente could be heard saying the word “crazy,” although the entirety of their exchange could not be heard.

Labarga then said, “Izzy Reyes is on there. He'll listen to me.” Pariente appeared to say, “Look whose pick they're getting …”

During the conversation, the justices referred to a paper brought to the bench by Pariente. A public records request by Scott's lawyers found that the document was a list of the governor's appointees to the Florida Supreme Court Judicial Nominating Commission, along with the dates when each commissioner's term is set to expire. Jesse Panuccio and Israel “Izzy” Reyes are members of the commission.

Scott's lawyers also pointed to remarks Pariente made in 2012, urging voters to keep her —- along with Quince and Lewis —- in office because a vote against retention “will give Gov. (Rick) Scott the right to make his appointments, which will result in partisan political appointments.”

But in the response filed Tuesday, attorneys for the League of Women Voters and Common Cause wrote that the Nov. 1 comments “do not in any way commit or appear to commit Justice Pariente with respect to any party, issue, or controversy in this proceeding.”

“Respondent (Scott) has decided not to presume good faith by a leader of a co-equal branch of government and instead presumes the worst based on nothing but partial quotes devoid of context and amplified by baseless speculation,” the groups argued. “None of the comments attributed to Justice Pariente bear any reasonable relationship to the parties, lawyers, or any issue presented in this case.”

The response also said Pariente has discretion about whether to leave the case, as disqualification laws apply to trial judges —- not Supreme Court justices and other appellate judges.

“Given Justice Pariente’s remarks, it’s abundantly clear that she will not be able to remain impartial and unbiased in this case," Tupps said. "She must recuse herself."