Bad Balloon rising in the scene, debuts Tampa noise-rockers Vacancy alongside Uh, Witchbender and Throwin Up

Having just started booking shows at Will’s Pub this past summer, Bad Balloon – the working moniker of local artist Josiah Wess – is the newest name to watch on the city’s promoter landscape. Of all the usually indie-minded Bad Balloon productions seen so far, this latest was a pronounced step into the heavy, a big one. 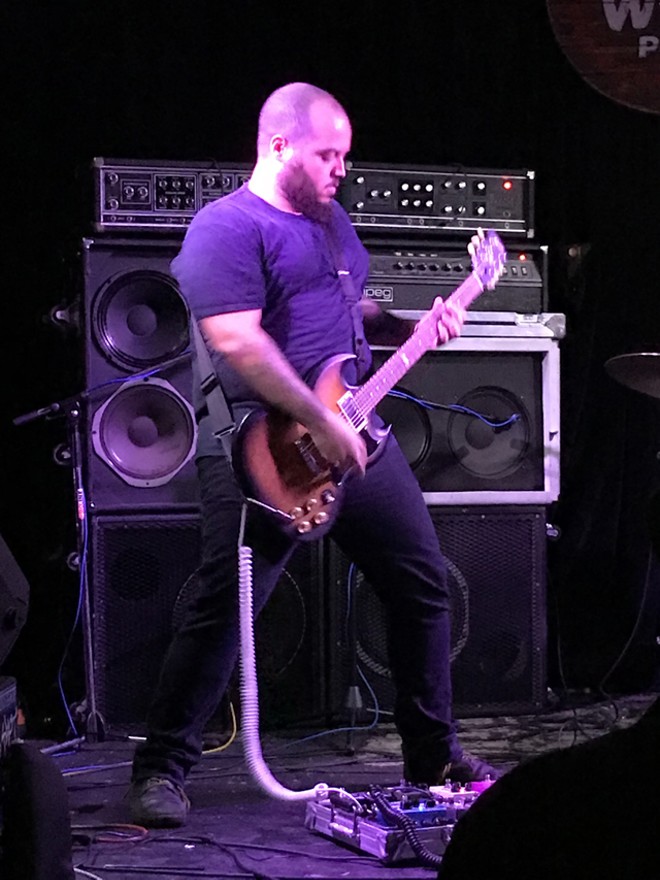 About that, while heavy music is in a current high tide, one stripe that sadly isn’t enjoying an especially huge spike is noise rock. Alhough relatively small, there is a young crop, though, and it’s studded with some real warheads notably from our native Southeast like Whores and Florida bands like Wrong and Meatwound. To that list, go ahead and add new act Vacancy, an impressive triad of brutes from the Tampa area. In their Orlando debut, they landed like a grenade with economy, volume and fury. Between their filthy, mighty grooves and skinning vocals, there’s no frill, no fuss, only what’s essential to pulp you. Sold.

Of the surrounding all-local support, a particularly gripping performance was delivered by Uh, an Orlando band that’s been around for a few years but not in an especially visible way. Too bad because they lay down post-metal with heavy atmosphere that’s gloomy, deep and beautiful, as expressive as the some of the most cinematic bands of the genre. But what makes them total is that when they rise, they are a deafening megalith. And it’s all engulfing and exceptional enough to wonder why this project isn’t more of a primary concern. 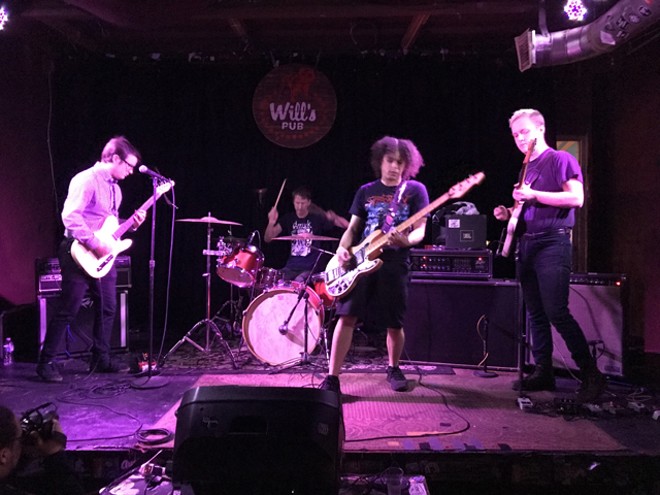 Opening the night was an Orlando band named Throwin Up, a last-minute replacement on the bill. Never in the history of either human or creature has there ever been a chill vomit. And the spirit of the name lived on in a hit-and-run set of hardcore that was raw, wild and all of about 10 minutes.

Though only months into the booking game, Bad Balloon is already showing the kind of young spark that Ugly Orange has, with possibly even more range if shows like this are any indication. There’s no better omen for the addition of Wess to the scene than introducing a fresh new killer like Vacancy. And if Bad Balloon becomes a name to look to for new Florida talent discovery, it will be a player.