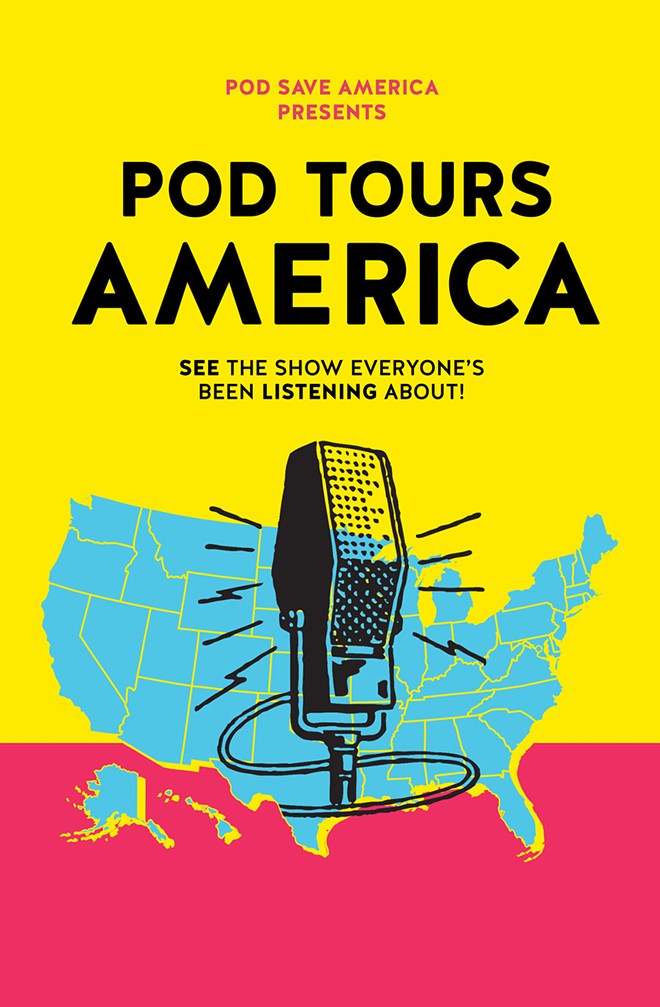 When it comes to red meat for liberals, there's a lot less to choose from than the conservatives have got. Air America tanked. CurrentTV crashed. And despite new host Trevor Noah, even though it's not the Snarky White Guy stronghold it once was, The Daily Show is, ironically, a pale shadow of its former self. Thank Goddess for Sam Bee ... and for "Pod Save America."

The podcast run by former Obama speechwriter Jon Favreau and three other young politicos has gained a steady and fervent fanbase, notching up 120 million downloads to date. The 2016 election clearly had something to do with their success, but it also is the reason the podcast exists at all. "Pod Save America" co-host Dan Pfeiffer recently told the New York Times magazine that with Hillary Clinton expected to be sitting in the Oval Office in 2017, "we didn’t want to be the people who criticized the White House just to be interesting, nor did we want to be to the Clinton administration what Hannity now is to the Trump administration. … We all assumed the election was the end of the road for us."

Far from being at the end of the road, "Pod Save America" is now out on the road with a stage production called Pod Tours America. They'll be making a stop at the Bob Carr Theater April 8, 2018, and tickets for the show go on sale Monday, Dec. 4, at 10 a.m. Sounds like the perfect holiday gift for that person on your list who's swilling a PSL out of one of those godless War-on-Christmas Starbucks cups.