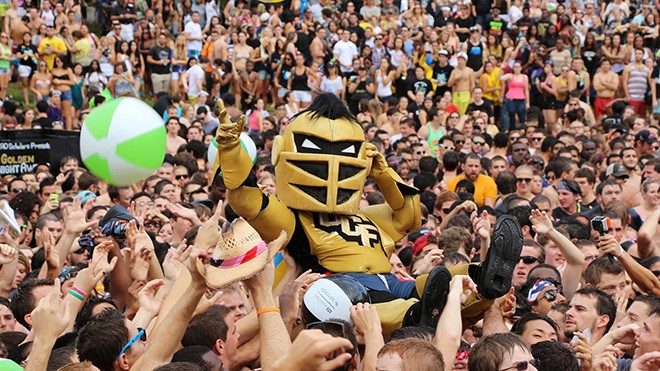 The move in itself was seemingly inevitable, something UCF football fans had seen coming from a mile away (or at least since last week): Orlando's freshly minted son is going home to Lincoln, Nebraska.

On Saturday, as the UCF Knights headed into the second overtime period in what would lead to an eventual win in the American Athletic Conference Championship Game against the University of Memphis Tigers, word broke that UCF head coach Scott Frost had already accepted an offer to lead the University of Nebraska Cornhuskers next season.

The news, although widely prophesied for weeks by sports gurus far and wide, was about as untimely as ever.

Courtesy of longtime college football reporter Brett McMurphy, the update on how Frost had signed a seven-year, $35 million deal began to make ripples around the internet before UCF fans could crack open a celebratory beer in the parking lot.

Some fans, as well as your everyday social media enthusiasts, were caught off guard with Frost's unique ability to multitask — some of whom even offered an easy fix:

I just saw an announcement UCF coach Scott Frost took the job at Nebraska. I'm currently watching his team in overtime in a championship game. #CollegeSports


In all likelihood, though, the ink on Scott's new contract was likely dry before Saturday's opening kickoff took place, seeing as how speculation on where the hot-new-item of a head coach would end up had in part fueled the college football world for weeks on end.

Still, with the latest chapter in UCF football now coming to a close — the Scott Frost era, that is — the victory and record-setting season for the program was as sweet as ever.

Just ask the players themselves:

And if it's any sort of consolation, Frost has reportedly claimed he'll one day retire in Orlando. So, until then, coach. Good luck, and until then.