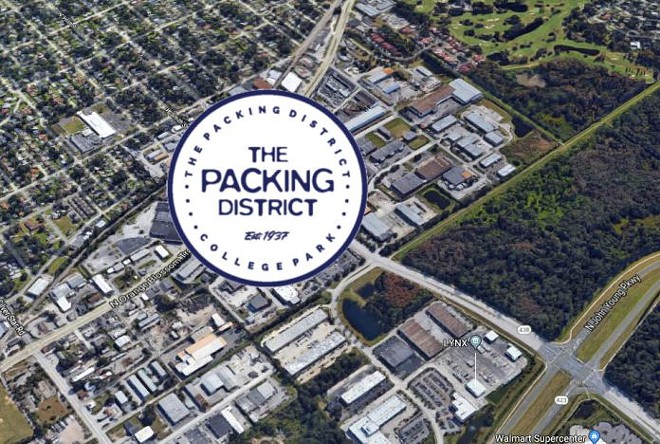 A 200-acre mixed-use development by Dr. Phillips Inc. called the "The Packing District" is in the works for West College Park.

As first reported by the College Park Community Paper, the company released the details of the project yesterday, showing plans for new townhouses, apartments, a coffee shop, a brewery, a grocery store and more, all focused on the intersection of Orange Blossom Trail and Princeton Street.

The Packing District name is a reference to the historic citrus packing industry buildings that will be incorporated into the long-rumored project.

The area will also house the Orlando Tennis Center and a 100-acre park, which will feature bike trails, running trails, an amphitheater and an urban farm. The park is expected to be donated to the city by Dr. Phillips Charities. The plans also include a 100-acre parcel to be developed at a later date.

According to the College Park Community Paper, the project is in conjunction with the city of Orlando, with Dr. Phillips Inc. contributing $12–$14 million to infrastructure costs.

Construction is expected to begin in 2018. 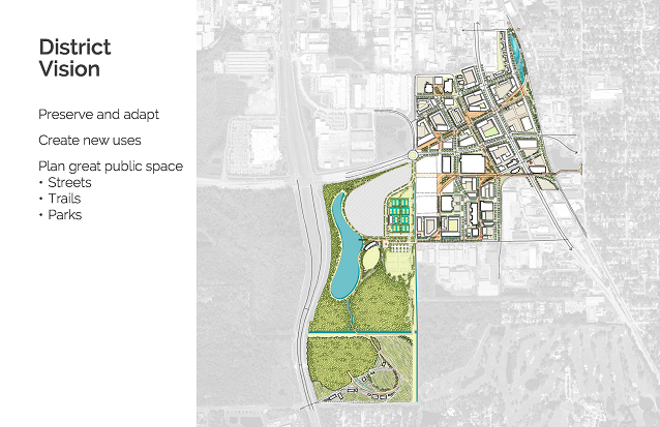