Although it could be said of practically anything that involves Scott “Wino” Weinrich, the Obsessed is a band that packs heavy cult cachet. They both predate and postdate his landmark work in legendary doom band Saint Vitus during their prime era.

Now, after some reunion shows here and there, it seems the Obsessed are back in full effect, with 2017 seeing the release of their first album in 23 years (the boss Sacred) in April and the fresh November reissue of their eponymous 1990 debut album, both on Relapse. It’s enough to make their arrival in Orlando a pretty big deal. 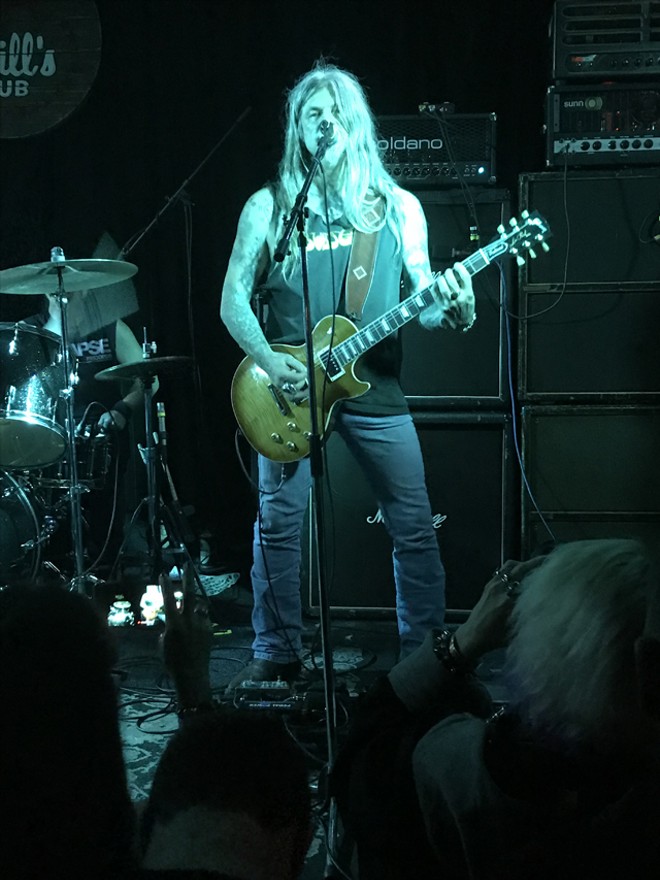 The Maryland doom dealers work from a perfect little pocket, wielding easy power with zero overreach. Their road-bound riffs are all leather and chrome, perfect in tone and pace, and built for maximum interstate conquest. Pump them through serious live gear like theirs and you’ve got an odyssey of pure groan and fuzz. Whether classic or new material, it all sounded great and, most impressively, eternal. The itinerant Wino, at least for now, is all in and full-time on the Obsessed. And after all these years, the blood once again runs deep and red as ever.

Opening was Orlando’s Druid Lord. In metal, you simply cannot half-step with a name like that. And they didn’t. Spikes, warlock-style guitars and skulls hanging off the mic (three of ‘em, motherfucker) don’t lie, y’all.

Nor did their death doom, which was heavy enough to get the heads banging so hard that making my way up to the stage was like a hair gauntlet. This is serious business, people.