This morning Disney shared a few renderings of their new Skyliner gondola system, which will eventually connect Epcot, select resorts and Hollywood Studios. 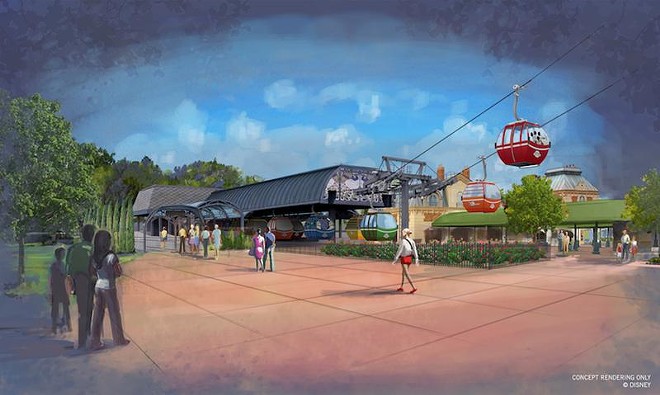 According to Disney, the Skyliner station at International Gateway at Epcot will be inspired by the European pavilions, and will "harken back to the early 18th century Art Nouveau style."

The station located at Disney’s Caribbean Beach Resort will be inspired by the "open air village marketplaces of the Caribbean." 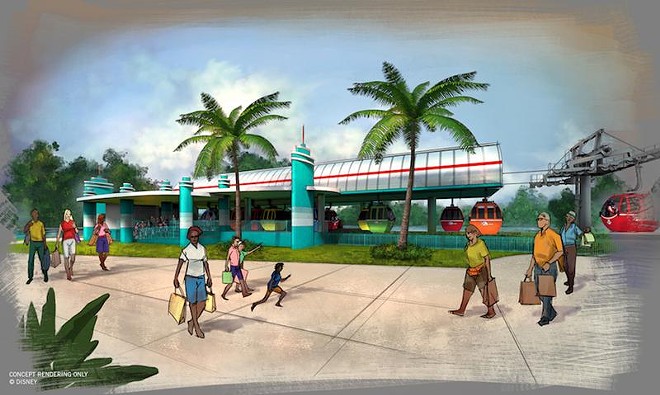 The Disney’s Hollywood Studios station will blend in with the park’s main entrance and bus stations.

The cabins themselves will seat up to six people and will have tinted windows with various Disney characters on the outside.

The Skyliner system is currently under construction, and no opening date has been announced, but it's probably safe to assume it'll be up and running by the time Star Wars: Galaxy's Edge opens in 2019.