With potential ramifications in courthouses across the state, the Florida Supreme Court on Monday said it will take up a dispute about whether a judge should be disqualified from a case because she is a Facebook friend with a lawyer.

Justices issued an order saying they will consider an appeal of an August ruling by the 3rd District Court of Appeal that rejected a request to disqualify Miami-Dade County Circuit Judge Beatrice Butchko. The dispute stems from Butchko being a Facebook friend of attorney Israel Reyes, who was hired to represent an insurance-company executive in a case before her. 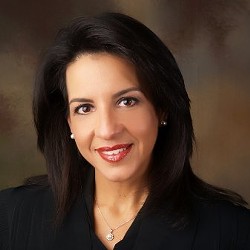 The Herssein Law Group, which had sued a former client, United Services Automobile Association, for alleged breach of contract and fraud, is seeking the disqualification. In a Supreme Court brief filed in October, the Herssein Law Group said the 3rd District Court of Appeal ruling conflicted with an earlier decision of the 4th District Court of Appeal that said a judge should be disqualified from a criminal case because of being Facebook friends with a prosecutor.

“The Third District Court of Appeal's opinion, therefore, creates completely different standards for judges in Florida, depending on which district the judge sits in, to determine when and whether they are violating the Florida Code of Judicial Conduct,” the brief said. “This is untenable for both judges and the public perception of the judiciary. The application and interpretation of the Code of Judicial Conduct must be uniform for all judges in the state of Florida.”

Attorneys for the insurance company, however, filed a brief urging the Supreme Court to turn down the case. They argued, in part, that the Herssein case has different circumstances from the earlier case involving a prosecutor.

“Further, petitioners (the Herssein Law Group) are sophisticated litigators who have practiced in Miami-Dade County for many years,” the insurance-company brief said. “It is highly questionable whether any reasonably prudent person in petitioners' situation would have a well-founded fear of not receiving a fair and impartial trial simply because the trial judge and Reyes are Facebook `friends.'

The Supreme Court, as is standard, did not explain its reasons for deciding to take up the case. It said it would schedule oral arguments in a separate order.

In its ruling in August, the 3rd District Court of Appeal concluded that “a `friend' on a social networking website is not necessarily a friend in the traditional sense of the word.”

“To be sure, some of a member's Facebook `friends' are undoubtedly friends in the classic sense of person for whom the member feels particular affection and loyalty,” the decision said. “The point is, however, many are not. A random name drawn from a list of Facebook `friends' probably belongs to casual friend; an acquaintance; an old classmate; a person with whom the member shares a common hobby; a `friend of a friend;' or even a local celebrity like a coach. An assumption that all Facebook `friends' rise to the level of a close relationship that warrants disqualification simply does not reflect the current nature of this type of electronic social networking.”