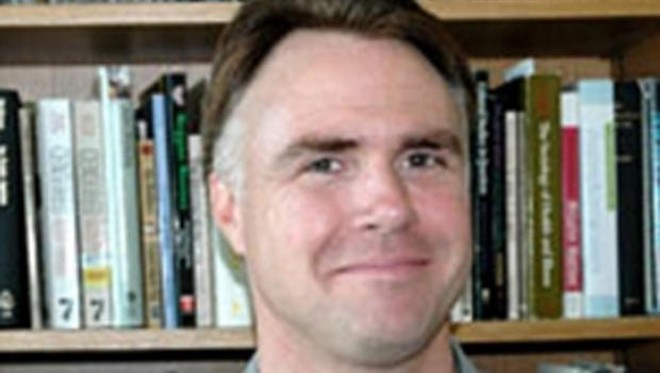 Five years since the world witnessed what was then our nation’s fourth-deadliest mass shooting by a lone individual, since Americans witnessed children, who could’ve very well been their own, carted out with the outlines of their tiny bodies under white sheets.

Several years later, on June 12, 2016, the Pulse nightclub massacre took place in Orlando. Not even two years after that, on Oct. 1, 2017, the Las Vegas massacre topped Pulse only by body count. And there were so many other senseless mass shootings in between. But even so, even with the carnage and child-sized caskets and testimonials from loved ones of the lost, we never saw a single piece of standard-bearing legislation, no acts of Congress that might save us from ourselves – that might save us from the worst among us.

If anything did come of the Sandy Hook shooting, though, it was a sense of purpose for those who scrape the barrel's scummy bottom — those who feed modern conspiracy theories to the masses.

One peddler of such trash is named James Tracy.

On Monday, a federal jury rejected claims that Florida Atlantic University fired Tracy, a former tenured communications professor, because he publicly declared the Sandy Hook shooting as a hoax on his personal blog, Memory Hole, in 2012.

The story that led to Monday’s decision begins like this: In 2012, not long after the Newtown massacre, Tracy openly questioned whether the Sandy Hook mass shooting had actually occurred. The professor made it clear that he figured the entire tragedy in itself was a government conspiracy, later going as far as to contribute a chapter and timeline to the book Nobody Died at Sandy Hook: It Was a FEMA Drill to Promote Gun Control. (Granted, Tracy taught a conspiracy theory class at FAU.)

In the years to come, as publicity and criticism attached itself to the tinfoil-hatted theorist, as well as the university, Tracy would continue pushing the envelope when he harassed the parents of the late 6-year-old Noah Pozner, one of the children murdered that day in Newtown. He demanded proof that their son had ever existed in the first place.

The Boca Raton-based university fired Tracy in January 2016, saying he had failed to disclose outside activities and earnings and had refused to follow orders from his bosses, the South Florida Sun Sentinel reports.

From there, Tracy filed a lawsuit contending that he would not have been fired if not for embarrassing the university by writing that the Sandy Hook incident was staged by the U.S. government. His lawyer claimed it was Tracy's First Amendment right to do just that. Tracy sought reinstatement as a tenured teacher, back pay and an unspecified amount in damages.

On Monday, Dec. 11, a federal jury of eight unanimously disagreed.

Now, the First Amendment allows us, as law-abiding Americans, a lot. It allows us to oblige ourselves with the freedom of expression, such as the ability to pick and choose according to our political and religious beliefs, without government constraint. In a real-time example, it provides the opportunity for athletes to take a knee during the National Anthem, such as what we're witnessing in the NFL. Hell, it even grants us permission to burn the country's flag if we so please.

But what it doesn't do is protect us from the social consequences of those free expressions. The First Amendment means the government can't stop you from espousing hateful ideology or telling cruel lies, like Tracy has. But the First Amendment does not protect you from the dislike or disdain of others based on those statements.

Tracy's firing was the least he deserved, though the court found that it was not in retaliation for his hateful lies. On days like today, though, we can't help but think the world deserves fewer people like James Tracy.