'The Book of Mormon' is still a NSFW knockout 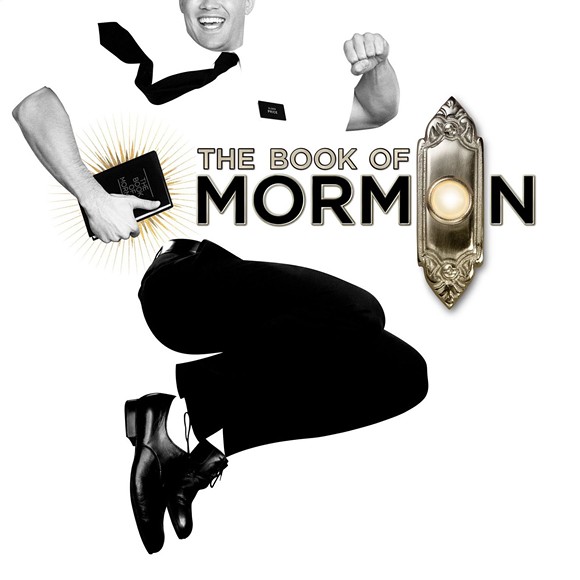 When the first national touring company of the hit musical The Book of Mormon began crossing the country half a decade ago, Mitt Romney was running for the White House, and mocking the religious beliefs of a potential President probably made the show a tough sell in conservative areas. Today, the thought of a Commander-in-Chief whose unfounded opinions merely involve golden plates buried by pre-Colombian Jewish-Americans seems quaintly benign. But if our increasingly surreal real world has worn away some of Book of Mormon’s outrageous edginess, this Tony award-winning collaboration between South Park creators Trey Parker and Matt Stone and Avenue Q composer Robert Lopez has lost none of its ability to entertain, as the audience's rapturous reception of the current touring company at Orlando’s Dr. Phillips Center this week proved.


Of course, the cast of this R-rated romp have an advantage in Orlando, since [spoiler alert] our city figures in the plot as the dream destination of the teenage Mormon missionary Elder Kevin Price (Kevin Clay). But instead of getting sent to Universal Studios, the golden boy gets saddled with a spastic sidekick, Elder Arnold Cunningham (Conner Peirson) and shipped to impoverished Uganda, where the mutilation-happy warlord General Butfucking Naked (Oge Agulue) promptly steals their possessions. Village leader Mafala (Sterling Jarvis) teaches the shell-shocked boys the meaning of “Hasa Diga Eebowai” (hint: it ain’t “Hakuna Matata”), and his daughter Nabulungi (Kayla Pecchioni) and fellow villagers swiftly fall sway to their scripture, after Arnold’s embellishment with sci-fi fantasies and magical fuck-frogs.

Now that The Book of Mormon’s shock value has receded somewhat (although it’s probably still too strong for you if the preceding paragraph’s F-word offended) it’s easier to appreciate how solidly constructed it is as a work of musical theater. The book is a model of efficiency, wasting no time between the songs, and director-choreographer Casey Nicholaw propels the action with the pace of an animated cartoon. And while the words are as scathingly snarky as you’d expect from the writers of Team America, the score is both tuneful in its own right and richly rewarding for theater fans who recognize its myriad winking references, from the obvious (Wicked, Lion King) to the obscure (Forbidden Zone, Fela!).

Most of all, it’s wonderful to revisit a great show with an equally great cast like this company of Equity actors. Clay is a dead ringer for originator Andrew Rannells, and gives the role as much grinning gusto as his Tony-nominated predecessor. Peirson’s Cunningham feels somewhat younger and more sympathetic than Josh Gad’s acclaimed but abrasive interpretation, which certainly isn’t a bad thing. And Pecchioni packs both a powerful voice that reaches the back row and an admirable aptitude for playing the straight woman against her over-the-top male counterparts.

The Book of Mormon is only in town through Sunday, Dec. 17, and $25 tickets are available through a lottery held 2 ½ hours prior to each performance, so don’t wait until a “latter day” to see funniest, most hummable musical to hit the Walt Disney Theater this year. Just be careful around the office when the songs are stuck in your head afterwards, because the lyrics are definitely NSFW.