Trump will likely spend the holidays at Mar-a-Lago, again 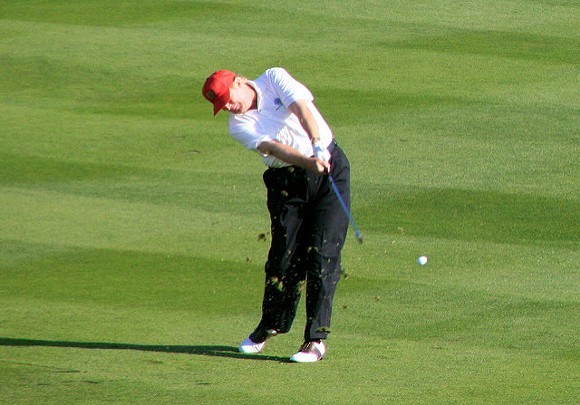 President Donald Trump will have spent about a month and a half at Mar-a-Lago through 2017.

Earlier today, the Federal Aviation Administration issued an alert to pilots of "VIP movement" in Palm Beach from Friday, Dec. 22, to Jan. 1.

Advisories of this nature, which are issued to warn fellow aviators of upcoming flying restrictions, typically precede occasions when Trump will be shimmying to Florida. The updated advisory comes after the FAA issued a similar alert on Thursday, signaling the same from Dec. 20 to Jan. 2.

The White House has yet to make a formal announcement concerning Trump and his family's travel plans for the holiday season. However, in light of the FAA's advisory, and in part due to how history has a tendency of repeating itself, a presidential visit to Mar-a-Lago — what's been dubbed the "Winter White House" — may very well be in the cards for South Florida.

The visit would mark Trump's 10th trip to Palm Beach since becoming president in November 2016.

In all, Trump has spent nearly a third of his presidency — 106 days — visiting one or another of his resort properties.

According to numbers accumulated by the website Trump Golf Count, the president has spent at least 79 days golfing. TGC estimates the trips have cost taxpayers in excess of $90 million.