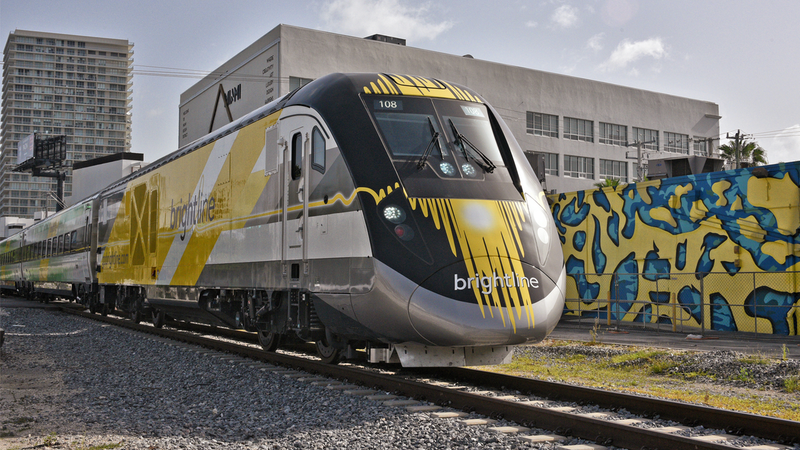 Brightline, the somewhat high-speed private rail service from All Aboard Florida, just got the final nod to begin construction on the West Palm Beach-to-Orlando leg.

The Federal Railroad Administration issued a decision on the plan last Friday, Dec. 15, that basically makes the Miami-to-Orlando route a reality at some point. Construction for the Phase 2 Orlando route is expected to begin in early 2018, says parent company All Aboard Florida.

"This is the most critical and final step in the extension of Brightline’s service to Orlando, and we are excited to move forward with Phase 2," said Dave Howard, Brightline’s CEO in a statement.

From All Aboard Florida:


The project is moving full speed ahead. Over the next few months, Brightline will finalize the design for the rail infrastructure and the 70-acre Vehicle Maintenance Facility that will be located on Orlando International Airport property.

Construction of the system will create thousands of jobs and provide a much-needed link between Florida’s two most visited and populated regions. Brightline’s station in Orlando will be located at the Orlando International Airport’s new Intermodal Terminal Facility (ITF) that will be the hub of the future South Terminal complex. The ITF is connected to the North Terminal by a recently completed Automated People Mover and includes a 5,000-space parking garage. SunRail, Central Florida’s commuter rail system, has a planned connection to the ITF. The completion of the South Terminal will add 16 new gates for international and domestic flights.


The company recently announced that service between West Palm Beach and Fort Lauderdale would begin by the end of this month, though no specific time frames or even ticket prices have been announced.

When completed, the company says it will take about 30 minutes to travel from West Palm Beach to Fort Lauderdale and another 30 minutes to get to Miami. An Orlando-to-Miami trip is expected to take roughly three hours. All Aboard Florida says their trains travel between 79-125 miles per hour.