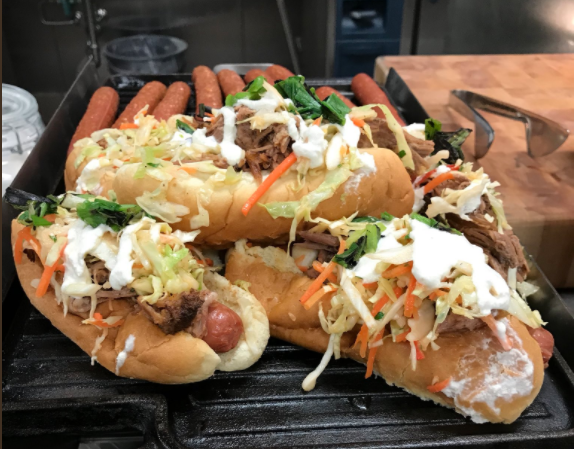 Camping World Stadium is bringing new game-day eats for fans to nosh on, and just from a cursory glance, it looks like it involves A LOT of horseradish sauce.

Levy Restaurants, which manages concessions at Camping World Stadium, has created several snacks that build upon traditional game-day fare to make it a little more interesting, according to a press release from the city. On Monday, Orlando Mayor Buddy Dyer worked with a Camping World chef to provide a sneak peek of the latest goodies, which include:

- CWS Spicy Boiled Peanuts, which are peanuts that have been simmered in special spices for 24 hours.

Celebrating bowl season in Orlando by helping Chef Dan from @LevyRestaurants with some gameday eats at our @CWStadium, the only stadium in the country to host three annual bowl games. pic.twitter.com/mxvrbv0jEc

Camping World Stadium is set to host the Camping World Bowl between Oklahoma State and Virginia Tech on Dec. 28, the Citrus Bowl presented by Overton’s between LSU and Notre Dame on Jan. 1, and the NFL Pro Bowl on Jan. 28.