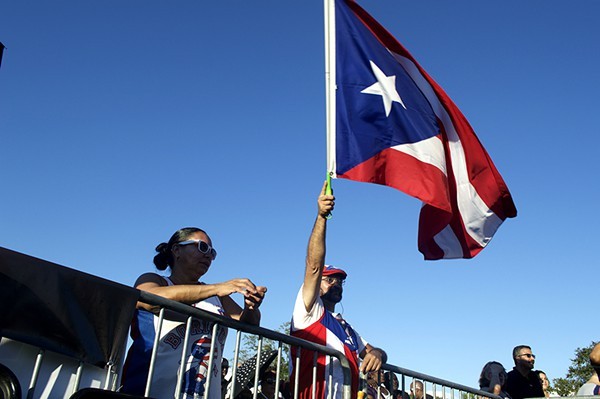 Florida lawmakers are urging Puerto Rico Gov. Ricardo Rosselló to seek federal aid on housing for the thousands of evacuees who are fleeing to the state from the deplorable conditions left on the island by Hurricane Maria.

"There are tens of thousands of families living in Florida," says state Sen. Victor Torres, D-Orlando, in a statement. "If just one family becomes homeless due to lack of action by the federal government or those officials making decisions in Puerto Rico, it is one family too many."

As of Tuesday, more than 259,000 people have arrived in Florida from Puerto Rico through airports in Orlando, Miami and Tampa since Oct. 3, according to the state Division of Emergency Management. More than 10,000 Puerto Rican children have enrolled in Florida's public schools in the past three months. Many evacuees have been staying with friends and family, though some have been living in hotels paid for with FEMA vouchers, a program known as Transitional Shelter Assistance, while they look for permanent housing. The program is set to expire in a few weeks on Jan. 15, 2018.

In a letter, Torres and other Democratic legislators ask Rosselló to formally request an extension of FEMA's hotel voucher program so hurricane victims can continue receiving help. Without it, lawmakers fear thousands of evacuees living in hotels are in jeopardy of becoming homeless, especially in Central Florida, where affordable housing is scarce and local nonprofits strained.

"We know you are diligently working on recovery efforts in Puerto Rico, but we must also coordinate with your government for relief services need in Florida," the letter says. "It has become apparent that in order for us to get financial assistance from the federal government, specific requests for that assistance must be made by your government on behalf of those residents of Puerto Rico now residing in Florida."

State lawmakers also ask Rosselló to request that FEMA authorize the use of the direct-lease program. The move would allow Puerto Rican evacuees to receive federal financial aid that would help them get short-term rentals until they return to the U.S. commonwealth or find permanent housing in Florida.

Along with Torres, the letter was signed by Sen. Linda Stewart, of Orlando; Reps. Amy Mercado and Carlos Guillermo Smith, also from Orlando; Rep. John Cortes, of Kissimmee; Sens. Jose Javier Rodriguez and Annette Taddeo, of Miami; and Rep. Robert Asencio of Miami.

"These disasters have no quick remedy, yet it is both frustrating and heartbreaking to have to tell Puerto Rican families in South Florida that further assistance may not come due not to lack of resources, but to inaction," Asencio said in a statement. "The time to make that request is now."