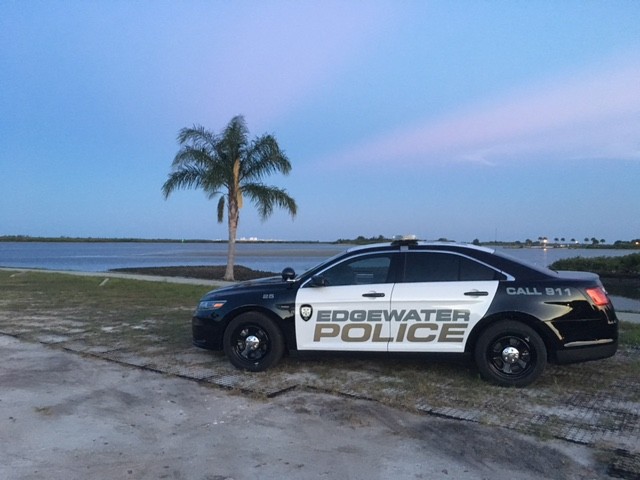 In October, two officers with the Edgewater Police Department resigned after it was reported that a series of racially inappropriate text messages were sent to each other in a group chat.

Following an internal affairs investigation earlier this month, the messages were confirmed, according to a report provided to Orlando Weekly by the EPD.

The report says the group chat consisted of officers Charles Geiger, Kevin Nugent and Jacob Beede, as well as former officers Matthew Snyder and William Wetherell, who both resigned from the force on Oct. 12.

The report also states that Geiger, Nugent and Beede were witnesses to the incident, while Snyder and Wetherell were under investigation.

Dated Sept. 12, the messages and memes provided in the report are only those that were pertinent to the investigation. The conversation is in chronological order as follows.

To begin, Snyder texts a meme that says, “THIS JUST IN... NO WORK BOOTS WERE STOLEN IN THE LOOTING.”

To which Wetherell replies, “Because black people don’t steal things for work.”

Snyder writes, “That’s how you starve them. Hid [sic] their paycheck under their work boots.”

Nugent, one of the EPD officers not deemed inappropriate in the investigation, later texts to the group a picture of his new gun: “Pulled the trigger on a new rifle.”

Snyder replies with a meme that depicts individuals looting a store, labeled “BLACK LOOTERS MATTER,” before asking Nugent more about his new gun. Nugent’s reply is omitted from the report since they were not deemed “inappropriate.”

According to the report, Nugent at first thought Snyder was referring to black bears but then later realized the comment was racially motivated. (The black bear population in Florida is reportedly on the rise.)

However, the messages go even further from there.

Snyder texts, “had [sic] a nice one up north sold it though nothing big enough here to shoot with it other than blacks.” He continues: “.243 is good for picking off the little ones.”

He texts again, “Although the 7mm will ruin your day.”

In response to Snyder, Wetherell replies, “Ur right. Can’t forget about the niglits.”

“It’s better when you hit em and watch them twitch for a mi it’s [sic],” Snyder says.

“I’m good with that,” Wetherell says.

Two days later, Snyder sent a meme depicting the character Al Bundy from the TV series Married With Children. The meme says, “THE JOKE’S ON THE LOOTERS. ON MY WAY OUT OF THE SHOE STORE... I PUT WORK BOOTS IN ALL THE AIR JORDAN BOXES!”

The conversation – at least the controversial aspect of it – ends there, the report states.

Both Wetherell and Snyder resigned from the EPD once the messages surfaced among fellow officers.

Both men later expressed sorrow for their inappropriate conversation, with Wetherell citing how the messages were a “lapse in judgment” and Snyder saying he’s not racist and that the correspondence was meant as a joke.