Put on some makeup, turn up to see 'Hedwig and the Angry Inch' at Enzian

We’re nearly 20 percent of the way through the 21st century, and we’ve yet to see a stage or film musical that’s as glorious as John Cameron Mitchell and Steven Trask’s Hedwig and the Angry Inch. The story – about a young East German who undergoes a botched sex change operation to emigrate to the United States and becomes a glam rock performer – was ahead of its time in its treatment of queer and transgender issues. And the songs – steeped in early punk and glam – are just so damn good. Hedwig has become something of a holy text for freaks, geeks, losers and queers, so seeing it on the big screen with an audience of fans should make for a transcendent moment when the follow-the-bouncing-wig scene happens. Lift up your hands. 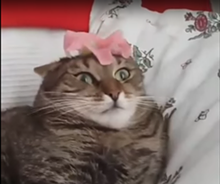