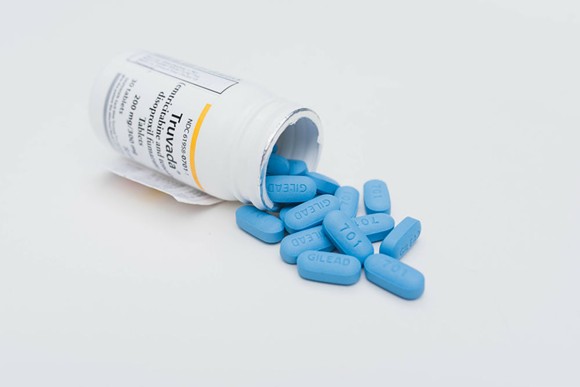 Florida health officials say the department plans to offer an HIV prevention drug for free throughout the state by the end of 2018.

Truvada is the brand name of the drug used as a pre-exposure prophylaxis (PrEP) for people at high risk for HIV infection. Taking PrEP daily along with the use of condoms can reduce the risk of HIV infection by more than 90 percent, according to the federal Centers for Disease Control and Prevention.

As part of its efforts to reduce new HIV infections in the state, the Florida Department of Health began rolling out a statewide PrEP initiative in October, though 16 county health departments have been providing PrEP services for the past year, says Mara Gambineri, a spokesperson for the department. All 67 county health departments should have PrEP available by the end of 2018, according to a mandate from the agency's Surgeon General and Secretary Celeste Philip.

"Ensuring PrEP to those at highest risk for HIV infection, regardless of their ability to pay, is one of the four key components of the agency’s plan to eliminate HIV transmission and reduce HIV-related deaths," Gambineri says in a statement.

Patients who need PrEP will be evaluated clinically and provided access to medication based on their eligibility requirements, which includes financial status. The department's PrEP initiative for patients includes education on the drug, HIV testing, Hepatitis C testing, liver function test, prescription of PrEP medications and a three-month follow up after PrEP initiation.

Gambineri says the health department does not currently have an estimate on how much the initiative will cost.

In 2015, Florida had the second-highest rate of HIV diagnoses out of all the states among adults and adolescents in 2015, according to the CDC. The Orlando metro area ranks sixth among U.S. cities like Miami and New Orleans for the highest rate of new HIV diagnoses – in 2015, Central Florida added 614 new diagnoses to the state total of 4,849 cases. HIV/AIDS advocates criticized state lawmakers in the past year for continuing to cut the health department's funds and providing no substantial increases for testing and care as the virus continued to ravage Florida communities.

The state Health Department said earlier in December that it will focus on four key strategies to reduce HIV rates in Florida including routine screening for HIV and other sexually transmitted infections; increased testing for high-risk populations and providing immediate access to treatment for HIV-positive people; use of PrEP and PEP medications to reduce risk of transmission; and increased community awareness about HIV.