With the bowling alley now closed, Fashion Square Mall is hurting more than ever 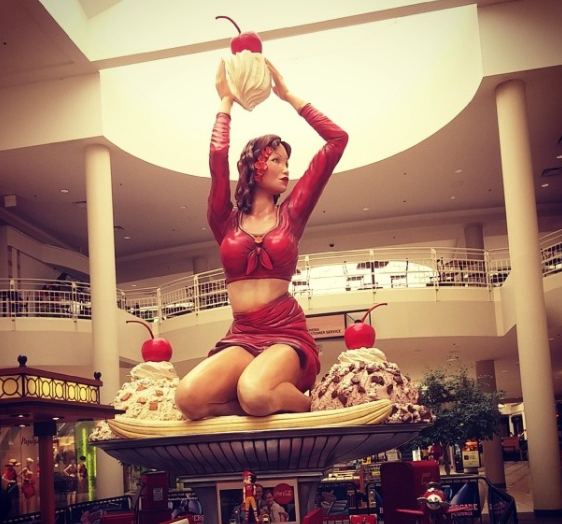 The Fashion Square Mall took another major hit in its struggle to rebound last week when the StrikeOuts Bowling and Entertainment Center abruptly closed.

Opening in 2014, the family entertainment center was billed as part of the recovery for the long-struggling mall. Up Development, the former owner of the mall, opened StrikeOuts just as other tenants at the mall began to close.

Located on the second floor, StrikeOuts featured a bowling alley, an arcade with traditional arcade games, large golf simulators, and a bar with a limited hot food menu. The Dillard’s in the mall became a clearance store in 2015, using only the first floor and with very limited hours. This created a dead-end at one of the only entrances to the second floor of the mall. The food court which StrikeOuts opened onto featured very few vendors with the majority of them being non-chain concepts.

In 2016, the mall hit another major setback when the Sears closed. That separately owned parcel is now becoming a Floor & Décor and an Orchard Supply Hardware. A Longhorn Steakhouse and an Olive Garden are also confirmed as part of the development plan. The Olive Garden will replace the nearby one, which is currently the world's oldest continuously operated Olive Garden. The new Olive Garden will feature a brand-new design for the Orlando-headquartered chain.

Up Development had big plans for the mall including a new hotel. Many of the empty stores in the mall were taken out of commission as part of the hotel development, a fact that is masked in the 90% occupancy the mall now boasts, but Up fell behind on its $42.2 million . Earlier this year lender Bancorp took over ownership and immediately placed the mall up for sale.

StrikeOuts continued to operate despite the change in ownership, but strong rumors are now pointing to a sale on the nearly 45-year-old mall with the Orlando Business Journal reporting DeBartolo Development Co. as a likely contender. DeBartolo is very familiar with the Orlando market, having developed The Florida Mall and Mills Park. More recently DeBartolo built the Domain apartment complex that’s within the Margaritaville Resort in Kissimmee.

The Orlando Business Journal has pointed to a de-malling strategy if DeBartolo does purchase the struggling mall. A similar de-malling project in Roxbury, New Jersey was announced DeBartolo earlier this year. Locally this strategy successfully reinvigorated what is now Winter Park Village.

Similar to Winter Park Village, Fashion Square Mall also has new apartments in the works. With a 357-unit luxury apartment complex going in an area that previously housed an Anthem College. A second multi-family development is earmarked for surface parking along Maguire Boulevard.

A bowling alley might return to the mall once in and a redevelopment plan is announced. Similar family entertainment centers have proven successful at Pointe Orlando, Vue at 360, and Disney Springs. Unlike those, the one at Fashion Square Mall is most similar to one opened at what will soon be known once again as the Lake Square Mall. developers opened the FEC in an old Target as part of an attempt to drive traffic to the mall. That mall was sold earlier this year after the Turkish development company that owned it spent millions on upgrades, most of which didn’t have any major impact on the vacancy rate, which now sits at 22%.

For those wanting to get their bowling fix, there’s still the Colonial Lanes, that is until its torn down to be replaced with another generic big-box style self-storage center. Progress.