This story has been updated with comments from OneBlood.

A documentary about the anonymous blood donors and OneBlood staff who saved the lives of Pulse survivors will be making its worldwide debut Dec. 31. on Amazon Prime Video.

Lifeline: The Untold Story of Saving the Pulse Survivors reunites five survivors of the 2016 mass shooting at the gay nightclub Pulse with OneBlood donors who gave blood in the days before the tragedy, ensuring a ready supply was available for victims who made it the hospital, says Susan Forbes, OneBlood spokesperson and Lifeline's director.

"They’re the unsung heroes that have never been out there," she says. "Nobody knows about the major role they played in helping ensure these folks lived."

In the hours after the mass shooting, Orlandoans stood in long lines under the hot sun to give blood after the massacre. At the OneBlood Center on Michigan Street, more than 600 people waited to donate blood at one point, and workers reportedly collected blood for 21 hours. OneBlood staff also had to deal with the fact that one of their own, laboratory platelet supervisor Rodolfo Ayala Ayala, was among the 49 people killed by the gunman.

"The compassion and outpouring of love and support for the community helped keep us going," said Elizabeth Moreno, manager of the Michigan donor center.

The documentary features interviews with Pulse survivors and emotional reunions with some of donors whose blood they received – in total, it took 60 blood donors to save them. Lifeline also features interviews with trauma hospital staff who used an "unprecedented amount of blood" to save victims who came in with multiple gunshot wounds. The Orlando Sentinel reports OneBlood collected 28,500 units of blood in the week after Pulse. 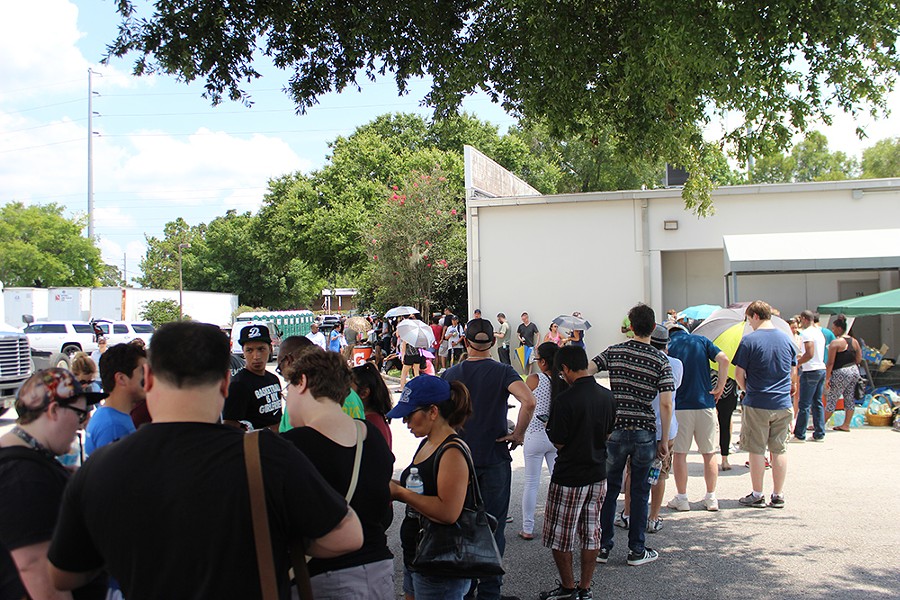 It's probably safe to say the documentary won't address the rainbow elephant that remains in the room – although the attack targeted the LGBTQ community, gay men were turned away from OneBlood donation centers because of former U.S. Food and Drug Administration's rules stipulating a lifetime ban on blood donations from men who've had sex with men.

The prohibition was based on the "high rates of HIV infection in that population," according to the federal agency. LGBTQ advocates have argued the practice is discriminatory because straight people can also transmit HIV and advanced blood screening can catch the virus.

Even though the FDA changed its guidelines months before the Pulse massacre to allow donations from queer men who had been celibate for a year, they were still turned away from OneBlood because the nonprofit blood collection agency had reportedly not updated its system to allow those donations at the time in June 2016.

OneBlood has since updated its policy to meet current FDA guidelines, according to this fact sheet on its site.

"OneBlood’s role is to provide safe, available and affordable blood to its hospital partners and their patients," the fact sheet says. "If a blood center does not follow all of the FDA rules, the center would be in jeopardy of losing its license and could be shutdown. Often people think it is the blood center that puts the rules in place, but in actuality, it is the FDA. … In 2015, the FDA lifted its lifetime ban on men who have sex with men and moved to a one year MSM deferral policy – a decision that OneBlood supported and has implemented."

Lifeline's debut coincides with National Blood Donor month in January, and OneBlood says the film is a powerful reminder on the importance of not waiting for a tragedy to donate blood.

"We are honored this important story will be seen around the globe," Forbes said in a statement. "It will help raise awareness about the importance of a ready blood supply and show the lifesaving difference blood donors make in the world."