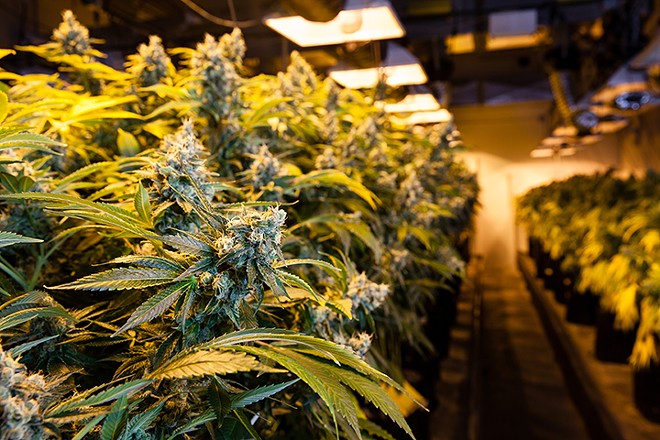 While some folks are trying to remember where they hid their stash, some members of Florida's medical marijuana industry are figuring out where to put their money.

First Green Bank, an Orlando-based community bank, started handling accounts for six of the state's seven licensed medical marijuana producers in September, including Trulieve, Green Solutions and Surterra. However, in light of recent circumstances, First Green announced its decision to close the accounts of those same clients, and says that the bank will no longer handle the cannabis industry's money as of early January.

The Miami Herald reports that First Green's decision to stop handling the industry's accounts is due to an acquisition of the bank by a larger financial institution, which has expressed concerns about assuming the federal risk that comes with handling cannabis-involved money.

Because the federal government still considers marijuana to be an illegal substance lacking medicinal value, most banks across the nation still aren't willing to take the money from those involved with the legal medicinal cannabis industries, even though about 400 institutions nationwide have taken on cannabis clients under guidelines established by the U.S. Department of Treasury's Financial Crimes Enforcement Network.

Several of the state's cannabis executives have reportedly said they do not expect to see a holdup in terms of productivity and business for the more than 40,000 medical-marijuana cardholders in Florida, although those in the industry have remained tight-lipped on which bank (or banks) will handle their money in the future.

First Green did not immediately respond for comment when contacted by phone.

Amendment 2 – the Florida Medical Marijuana Legalization Initiative – was approved by Florida's voters in the general election on Nov. 8, 2016.