That big dumb panda was so wrong 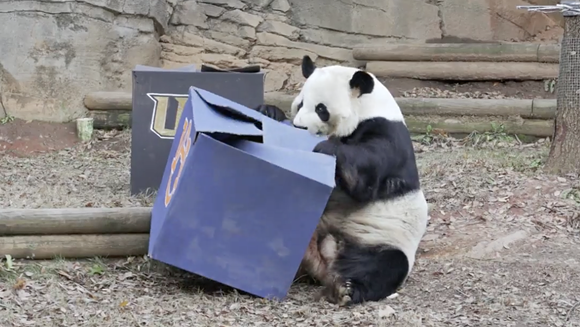 A couple weeks ago just about everyone, including a 20-year-old male giant panda, predicted the University of Central Florida would lose to Auburn in the Chick-fil-A Peach Bowl – a sobering reminder why we shouldn't rely on animals, or anyone for sports predictions.

The panda, Yang Yang from Zoo Atlanta, came to his very incorrect conclusion by meandering up to two different boxes marked with each school, and chewing on the Auburn box.

While Yang Yang did get it right in last year's matchup between Alabama and Washington, the panda now has a 5o percent accuracy rating for picking winners, which is still better than most sports analysts.

.@ZooATL's Yang Yang 🐼 is back with another #CFAPeachBowl pick. He hasn't been wrong yet.