Look at this big-ass hairy pig 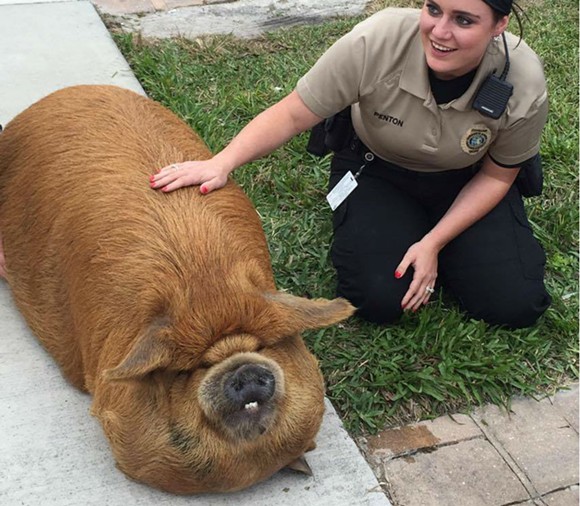 A 300-pound hairy pig was found crispy side up on a North Naples sidewalk after deputies say it ran away from its owner.

Two deputies responded and found the furry pig plopped on a sidewalk, just  chilling while it waited for its owner to eventually come by in a panicked search.

Collier County deputies took some selfies with the little oinker and found its owner at a nearby farm – then this big-ass piggy went wee, wee, wee, all the way home. 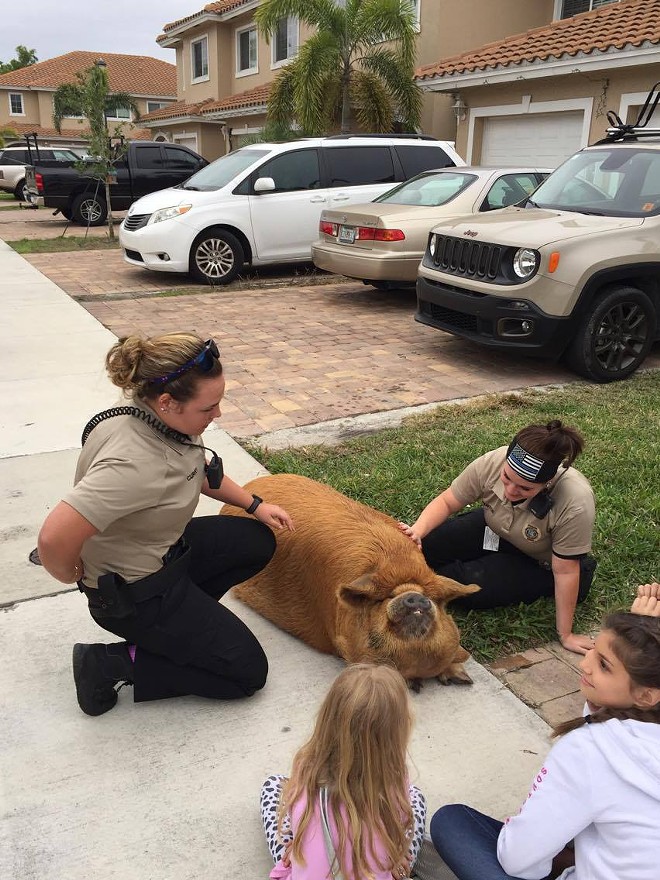