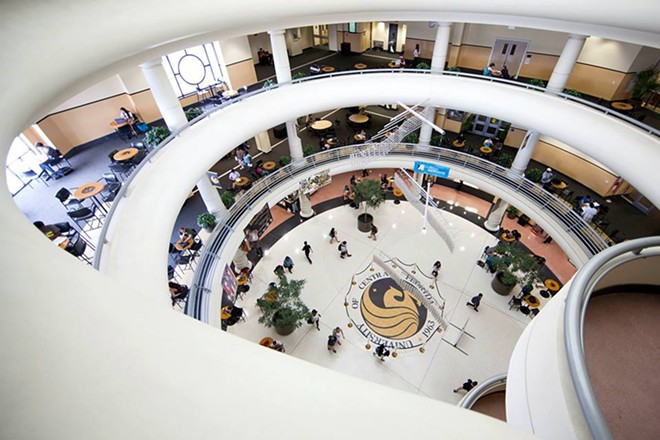 Sugar, sugar, how'd you get so fly?

Every year, the website Seeking Arrangements – a social media platform used to facilitate “sugar baby” relationships, a seemingly romantic partnership based around one person receiving cash, gifts or other benefits from another in exchange for their affection and company – ranks its list of colleges with the most new users.

And according to the site’s latest rankings, in 2017, Florida had more universities make the list than any other state, with four falling within the top-20, including the University of Central Florida.

The fact that so many young people have decided to take up the sugar baby lifestyle comes as no surprise when you look at the numbers for how much youth across the nation have accumulated in student debt. As if underemployment both prior to and following graduation wasn’t prolific enough, the average amount of student debt per person rose by six percent in 2017, to just more than $37,000 a head, bringing the total amount of money owed by current and former students across the U.S. to more than $1.45 trillion for over 40 million Americans.

On Seeking Arrangement’s website, in the company’s “Sugar Baby University” section, there’s a nifty clock that illustrates as much in regard to always-rising amount of money still owed.

With more than two-million members, Seeking Arrangements saw a 66 percent jump in membership in 2017.