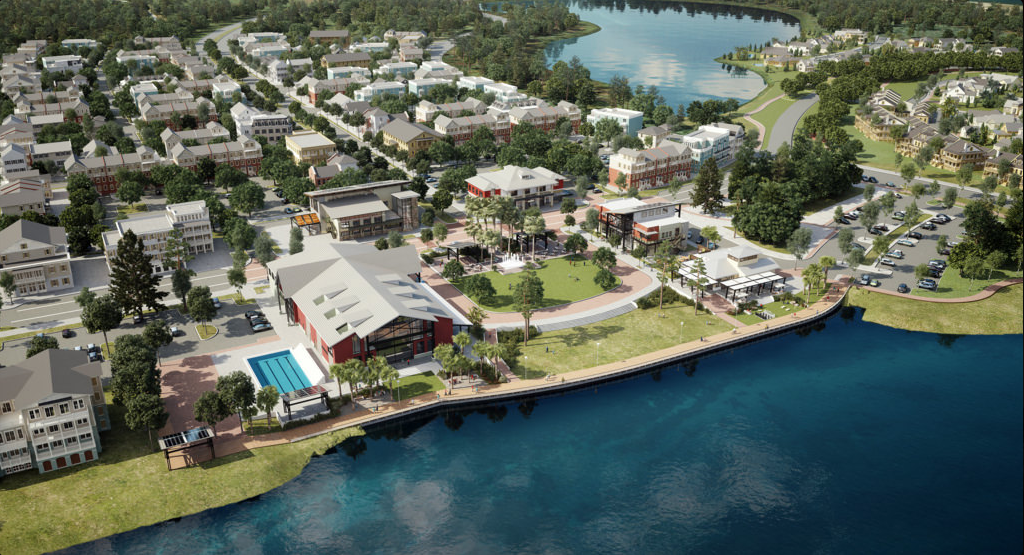 The future isn't far away. In fact, it's only a few hours by car.

Babcock Ranch – a newly built city in Southwest Florida, just north of Fort Myers and about three hours from Miami – will be the first totally ecological, self-sustaining place like it in the U.S. The modern settlement-like city will consist of a community of about 19,500 homes, framed by thousands of acres of greenery, with the added luxury of the living on a sustainable grid.

The brainchild of real estate developer Syd Kitson, a retired offensive lineman formerly with the Green Bay Packers and Dallas Cowboys, Babcock Ranch will have the world’s largest photovoltaic solar energy generation field, with 343,000 panels laid out along 350 acres – the equivalent to about 200 football fields. In terms of geography, the city is about the same size as Manhattan in New York City, minus the concrete jungle.

The city’s first residents, Richard and Robin Kinley and their children, moved into their new home in Babcock Ranch on Wednesday.

With time, according to its developers, Babcock Ranch is expected to eventually reach about 50,000 residents.